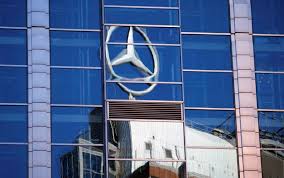 Hundreds of Serbian pensioners rallied in Belgrade on Thursday to protest austerity measures introduced as part of a 1.2 billion euro ($1.41 billion) loan deal with the International Monetary Fund.

Chanting “thieves” and carrying banners reading “we are hungry”, the pensioners demanded that the government and Serbia’s constitutional court annul austerity cuts imposed in 2014 and refund lost pension payouts.

The government of then Prime Minister Aleksandar Vucic signed a three-year loan deal with the IMF in February 2015 after Belgrade committed to austerity to cut its ballooning debt and budget deficit.

To secure the deal, in late 2014 it lowered public sector wages and pensions by between five and 25 percent.

“As many as 700,000 people lost a quarter of their monthly income … we’ve been paying to that (retirement) fund for 45 years, hoping for a stable old age,” said protester Milorad Pavicic, 80.

About 1.7 million of Serbia’s 7 million citizens are retirees and the government spends 13 percent of GDP on pensions, World Bank data show. The average pension in Serbia, a candidate to join the European Union, is 190 euros, among the lowest in eastern Europe.

Earlier this month, Serbia’s current Prime Minister Ana Brnabic said the government will raise wages for doctors, teachers and army officers by 10 percent and pensions by five percent from January next year.

Pensioners were also slated to receive a one-off payment of up to 6,000 Serbian dinars ($59.38) in 2017. Thursday’s protesters dismissed the measures as insufficient.

The government has yet to discuss the wage and pension rises with the IMF’s mission, in a final review of the deal this month and next.

The lender cut Serbia’s 2017 growth forecast to 2.3 percent from 3.0 percent, citing a drop in electricity output in winter and lower than expected harvest due to months of drought.