The National Council for Women (NCW) reported a noticeable decline in cases of sexual harassment during the three days of Eid al-Fitr holiday this year, as they only received 17 complaints according to a press statement released by NCW on the MENA news agency.

The head of the NCW’s control room Nagla al-Adly attributed the drop in sexual assault cases to the wide and heavy presence of police, especially the female police personnel, along with the deployment of quick intervention forces in public areas and street gatherings.

She confirmed that the NCW has created this control room for complaints  to protect women and girls from sexual harassment, especially during Eid holidays and public vacations.

Echoing the NCW, Reda al-Danbouki, the executive director of the Women’s Center for Guidance and Legal Awareness, told Egypt Independent that the center surprisingly hadn’t received any complaints during the Eid holiday, but he believes it was due to several reasons including Egypt ‘s match in the World Cup which was aired on the first Eid day, along with the scorching weather which prevented people to go out to public areas  while in the second day youth were too busy with the increase in fuel prices.

He also attributed the decrease in harassment reports to concern from women to file a complaint believing it could be a stigma, in addition to a lack of cooperation between NGOs and the NCW to monitor wider cases across the state.

“Although we received no complaints that does not mean there was no sexual harassment,” he said.

Danbouki stated last year that the center had monitored more than 30 cases of verbal harassment during Eid Al-Adha holiday and 6 cases of physical harassment in a number of governorates.

In 2014, sexual harassment was finally criminalized in Egypt after approving a law punishes harassers with imprisonment of no less than six months, and/or fines of LE 3,000 to LE 5,000. 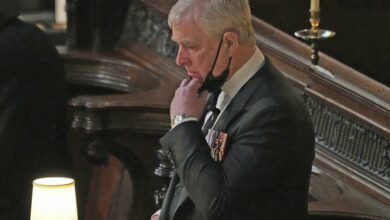