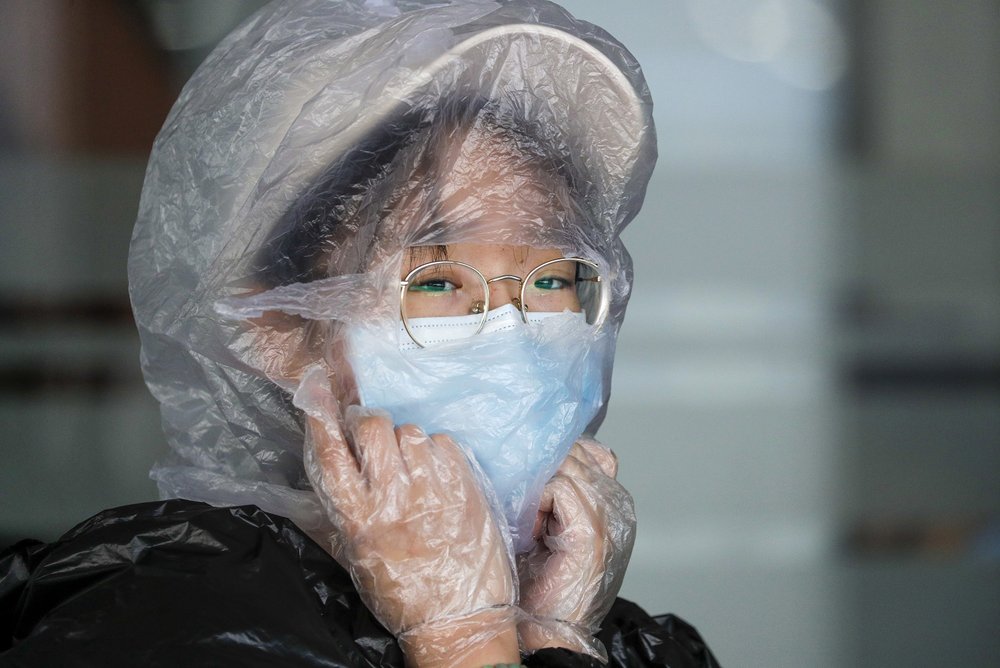 BANGKOK (AP) — Health concerns were on artist Danai Ussama’s mind when he returned to Thailand last month from a trip to Spain. He noticed that he and his fellow passengers did not go through medical checks after arriving at Bangkok’s airport, and thought it worth noting on his Facebook page.

The airport authorities denied it, lodged a complaint with police, and he was arrested at his gallery in Phuket for violating the Computer Crime Act by allegedly posting false information — an offense punishable by up to five years’ imprisonment and a fine of 100,000 baht (US$3,000).

Danai said that his Facebook post, though public, was really meant just for a small circle of 40 to 50 people. Instead it went viral.

He believes the government is afraid its opponents would use his observation as proof it was failing the fight against the coronavirus, and acted against him as a warning to others.

As governments across the world enact emergency measures to keep people at home and stave off the pandemic, some are unhappy about having their missteps publicized. Others are taking advantage of the crisis to silence critics and tighten control.

“COVID-19 poses significant threats to government and regime security as it has the potential to expose poor governance and lack of transparency on issues that affect every citizen in a given country,” said Aim Sinpeng, an assistant professor of political science at the University of Sydney.

“As the pandemic is a global issue and is constantly on the news around the world, governments have a harder time controlling messages to the public without exposing how little/how much they do in comparison to other countries around the world,” she said in an email interview.

In Cambodia, where Prime Minister Hun Sen has been in power for 35 years, human rights group LICADHO has documented 24 cases of people being detained for sharing information about the coronavirus.

They include four supporters of the dissolved opposition Cambodia National Rescue Party.

Human Rights Watch also reported the arrest and questioning of a 14-year-old who expressed fears on social media about rumors of positive COVID-19 cases at her school and in her province. The group withheld more details to safeguard the girl’s privacy.

Hungary’s Prime Minister Viktor Orban may have been the most adroit at exploiting the health crisis.

His country’s Parliament granted him the power to rule indefinitely by decree, unencumbered by existing laws or judicial or parliamentary restraints. One aspect of the law ostensibly passed to cope with the coronavirus calls for prison terms of up to five years for those convicted of spreading falsehoods or distorted facts during the emergency.

But she said, “regrettably some governments are using this imperative as a pretext to introduce disproportionate restrictions to press freedom. This is a counterproductive approach that must stop. Particularly in times of crisis, we need to protect our precious liberties and rights.”

Duterte, already criticized for a brutal war on drugs that has left thousands dead, has been fiercely belligerent toward critics. The new law makes “spreading false information regarding the COVID-19 crisis on social media and other platforms” a criminal offense punishable by up to two months in jail and fines of up to one million pesos ($19,500).

At least two reporters have been charged by police with spreading false information about the crisis.

“It is feared that Duterte will use his increased authority to quell dissent and further pounce on [his] political enemies,” said Aries Arugay, associate professor of political science at the University of the Philippines.

Egypt expelled a correspondent for the British newspaper The Guardian over a report citing a study that challenged the official count of coronavirus cases. Iraq suspended the operations of the Reuters news agency for three months and imposed a fine of about $20,800 for reporting that the actual number of infections and deaths was vastly more than the government acknowledged. Reuters stood by its story.

In Serbia, police briefly detained journalist Ana Lalic, who wrote about a lack of protective equipment and “chaotic” conditions at a large hospital complex. The clinical center said her article “disturbed the public and hurt the image of the health organization.”

The government also closed its daily coronavirus news conferences for journalists, asking them to send their questions by email. It said it’s meant to stop the spread of the virus but rights groups and independent media decried it as a form of censorship.

More than a dozen people in Thailand are reported to have been arrested on charges related to spreading coronavirus misinformation.

Thailand’s top public health experts deserve credit for their sincere efforts to counter misinformation, said Joel Selway, an associate professor of political science at Brigham Young University, who has published a book on politics and health policy in developing countries.

“This doesn’t mean that the Prayuth-led government would not also take advantage of this to crush political opponents,” he added.

Artist Danai, who said he will contest the charge against him, admits to regrets over writing his Facebook post about his airport arrival.

“If I had known that I would be in so much trouble like this, I wouldn’t have written it.” he said. “I have never been arrested nor gone to court before. I was handcuffed and slept overnight in a police station cell. I was devastated, actually. It affects my family and myself.

“But deep down inside, I would have wanted to write it anyway.”

Image: In this March 18, 2020, file photo, a Chinese woman uses a plastic bag to cover her head while waiting for her flight at the departure area of Manila’s International Airport, Philippines. As governments across the world enact emergency measures to keep people at home and stave off the pandemic, some are unhappy about having their missteps publicized. Others are taking advantage of the crisis to silence critics and tighten control. (AP Photo/Aaron Favila, File)