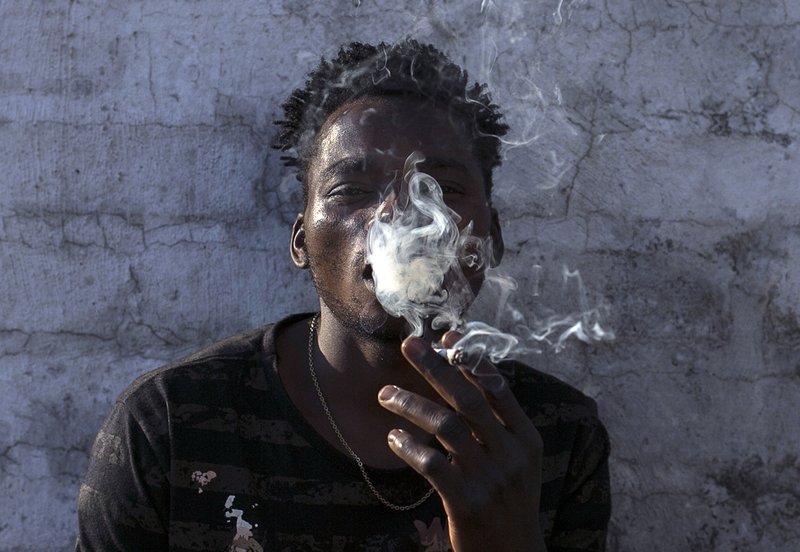 PRETORIA, South Africa (AP) — The year 2018 has been called the “year for cannabis” in South Africa. But there are still hurdles before a legal marijuana industry can flourish in an African economic power deemed ideal for large-scale cultivation.

Advocates rejoiced at a Constitutional Court decision in September that upheld the legalization of the adult use and cultivation of pot in private. A cannabis expo in the capital, Pretoria, this month was Africa’s first, organizers said. However, buying and selling cannabis for recreational reasons remains illegal, and an onerous licensing process has held up the cultivation and sale of medical marijuana.

Although the cannabis plant was barred from the expo for traders and consumers, the packed event reflected the view that cannabis has big business potential, particularly for export. As visitors learned about growing techniques and equipment, and cannabis-related products, promoters noted big consumer markets in Europe as well as Canada’s legalization of recreational marijuana this year and a similar trend at the state level in the United States.

Some industry pioneers could still face the risk of criminal liability as they await the South African parliament’s expected move to bring cannabis laws into line with the Constitutional Court ruling, Lawrie said in an interview.

At the expo, he and a colleague handed out packs of rolling papers emblazoned with the slogan “Rolling In Style” and the name of their law firm. Elsewhere, “Canna-Cocktails” were on sale and Mango Monkey lip butter was on show. Companies including House of Hemp had displays.

Expo director Silas Howarth said there is already “a healthy, strong, legal industry” in cannabis-related products in South Africa, including an energy drink and a beer (Durban Poison, named after a cannabis strain) that use hemp seed oil in production and lack THC, the plant’s main psychoactive component. Some South African pharmacies also carry products that won’t get people “high,” though prescriptions are required. Some traditional healers use cannabis in treatments.

The growth potential for South Africa as a cannabis industry provider could be “massive” as the global market for medical cannabis expands and laws on recreational use loosen, Howarth said. He didn’t offer a dollar figure for South Africa’s projected trade.

The small, mountainous country of Lesotho, which is surrounded by South Africa, has already issued permits to some foreign-owned companies to grow and export medical marijuana. Other nations in the region, including Zimbabwe and Malawi, are moving in a similar direction.

In South Africa, “legally the framework is there for them to issue licenses and there’s nothing stopping them at this moment. … Everyone says ‘tomorrow’ — every day. But it will be soon,” said Neta Isralls, engineering manager at Vegtech, a South African company that specializes in greenhouse agriculture and had a display at the expo.

“It’s a very closed process,” Isralls said. “It’s not like they’re going to start issuing licenses and 1,000 people around the country are suddenly going to get licenses. When they do it, it’s going to be people that have already invested a lot of money to put up pharmaceutical-type facilities that are ready to go.”

South Africa has a good growing climate for cannabis, also known locally as “dagga,” and low labor and production costs compared to consumer nations in the West. Rob Davies, the country’s trade and industry minister, said the government is assessing South Africa’s potential to become “an active player” in the market for cannabis-related products, according to local media.

The Constitutional Court judgment allowing private use of cannabis “will force a rethinking of all legislation and may see government allowing mass production of marijuana for medical purpose,” the South African Federation of Trade Unions said last month. It said it might recruit and organize so that “workers in the new industry are protected.”

Parliament is expected to determine soon what quantity of marijuana is deemed acceptable for personal use and cultivation, since the Constitutional Court did not offer specifics.

For now, it’s up to police to make that judgment, meaning consumers should be especially cautious, according to Lawrie, the lawyer.

“Right now, we’re advising people to keep it humble and just really audit themselves,” he said. The hope, Lawrie said, is that parliament will not just set guidelines for personal use but go further “toward liberalizing the local trade.”

Trump vows to back law to protect marijuana industry