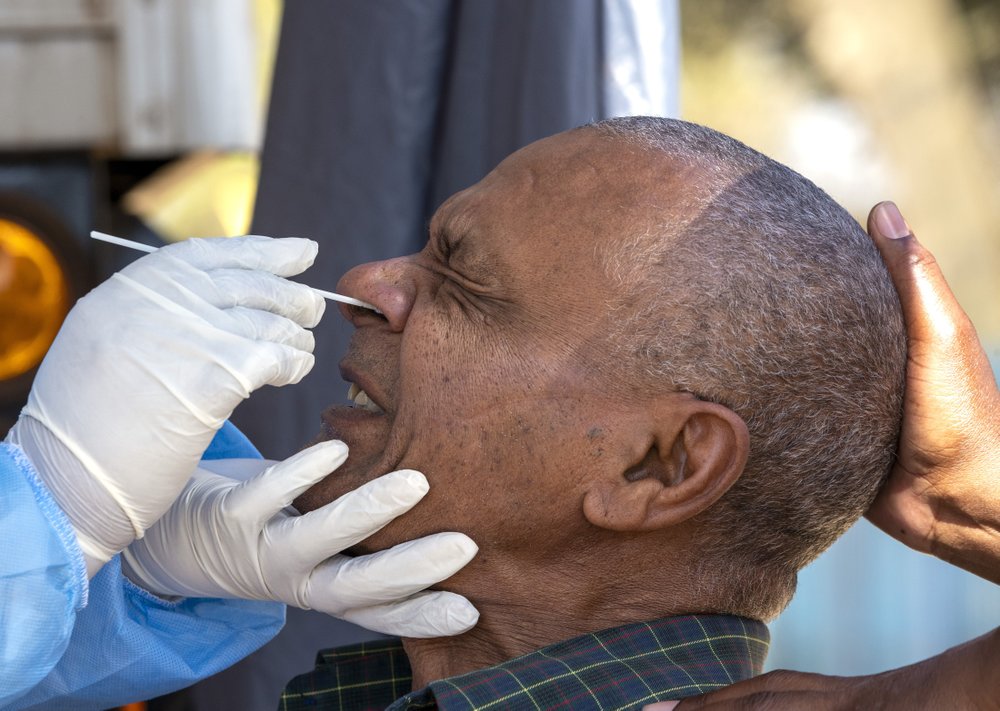 South Africa has 521,318 confirmed coronavirus cases, the fifth highest in the world and more than half of all reported cases in Africa, according to the Africa Centers for Disease Control and Prevention.

So far South Africa has recorded 8,884 COVID-19 deaths, although studies of excess mortality rates indicate the actual toll could be higher.

The rapid spread of infections in poor, overcrowded urban centers in Cape Town, Johannesburg and other cities threatened to overwhelm public hospitals, but Health Minister Zwelini Mkhize told reporters that so far the health system has been able to cope.

“Our hospitals have been battered but we have not breached our hospital capacity,” he said. “Our wards are full and our ICU beds are full, but not to complete capacity. And the field hospitals that we constructed still have space.” There have been adequate supplies of oxygen for severely affected patients, he said.

More than 24,000 of South Africa’s health care workers have been infected by the coronavirus, with 181 deaths, the health minister said, noting that they account for five percent of the country’s total infections, lower than the global average of 10 percent.

Responding to complaints that health workers are not getting adequate personal protective equipment, Mkhize said the government is distributing PPE and urgently investigating all complaints, especially by nurses’ unions. He also reiterated President Cyril Ramaphosa’s vow to aggressively root out corruption in the response to COVID-19.

Western Cape province, including the tourist center of Cape Town, was the first to experience a peak, but new infections and hospitalizations began to decrease in July.

Gauteng province — including the country’s largest city of Johannesburg and Pretoria, the capital — experienced a spike in cases in June, reaching 6,000 new cases per day, but is now seeing declining numbers. Gauteng currently accounts for 35 percent of the country’s cases.

“Gauteng continues to have high numbers. We need to manage it very cautiously as it could quickly experience another surge as people move around,” Mkhize said.

The eastern province of KwaZulu-Natal, including the port city of Durban, is experiencing a surge, Mkhize said.

Overall South Africa reported an average of more than 10,000 new cases per day at the end of July, and now new confirmed cases have dropped to below 5,000 per day, Mkhize said.

The World Health Organization is sending a team of experts to South Africa to help it contain the pandemic.

“Our biggest challenge is going to be whether this containment can be sustained,” Mkhize said. “We may well be over the first peak by the end of August […] but the truth of the matter is that if we don’t keep up our containment measures we will soon see a much worse problem.”

Image: A man reacts as a health worker collects a sample for coronavirus testing during the screening and testing campaign aimed to combat the spread of COVID-19, in Eldorado Park outside of Johannesburg, South Africa, Monday, Aug. 3, 2020. (AP Photo/Themba Hadebe)