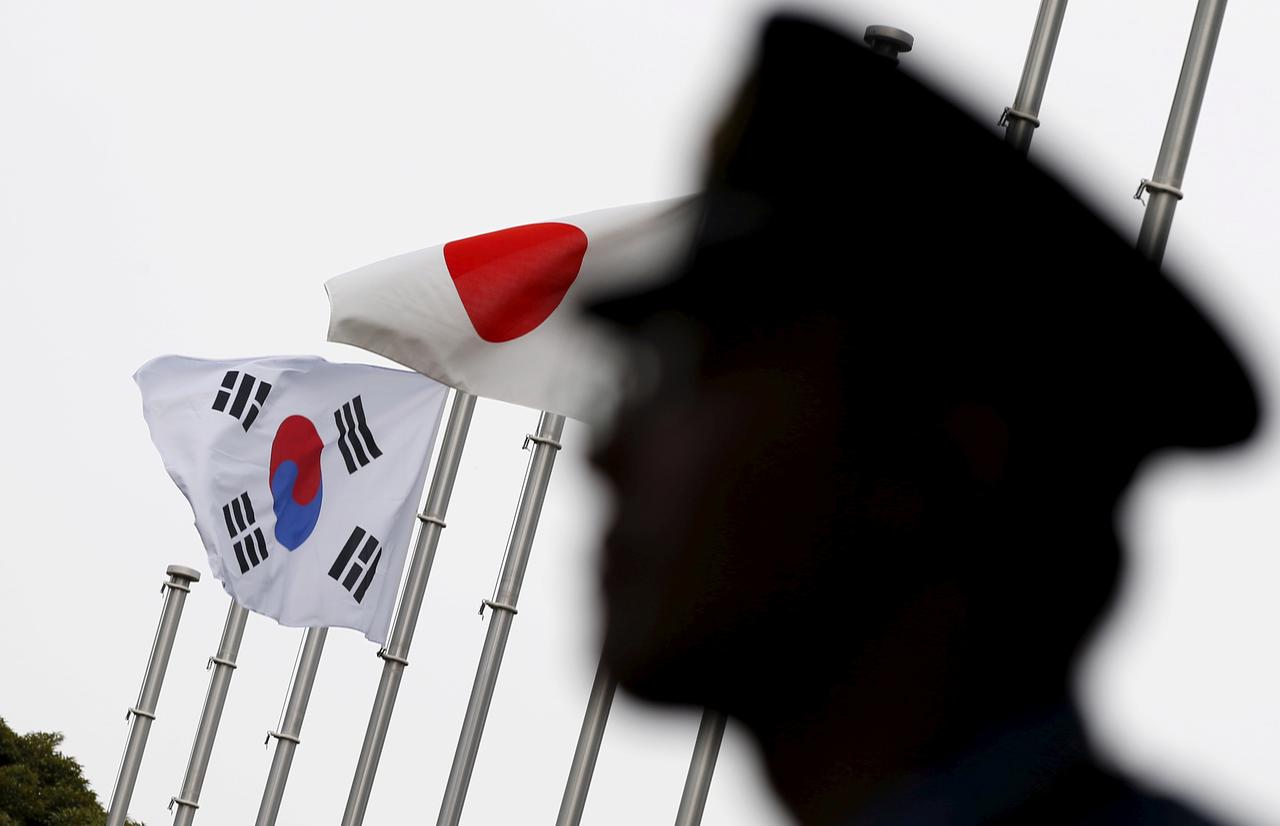 BANGKOK (Reuters) – South Korea is exploring all options in a bitter trade row with Japan, including scrapping an intelligence sharing pact, but wants a cooling off period with Tokyo, a senior South Korean official said on Saturday.

The trade row escalated on Friday when Japan removed South Korea from a favored trading nations list, prompting Seoul to warn it would not be defeated again by its neighbor, laying bare decades-old war time animosity.

South Korea may consider revoking a military information sharing pact as a countermeasure, a view raised during a trilateral foreign ministers’ meeting with the United States and Japan on Friday in Bangkok, said the South Korean official.

The accord, the General Security of Military Information Agreement (GSOMIA), facilitates three-way intelligence gathering with Washington, and is crucial for both South Korea and Japan in dealing with North Korea’s nuclear and missile threats. The deal is automatically renewed annually on Aug. 24.

“GSOMIA plays a quite significant part in three-way security cooperation,” said the official told reporters on the sidelines of a regional security forum in Bangkok.

“We’ve made clear that for our part, we are in a situation to put all options on the table.”

The move was seen as a response to a South Korean court ruling last year that ordered Japanese firms to compensate some of their wartime forced laborers, though Tokyo cited unspecified security reasons.

Japan says the issue of forced labor was settled by a 1965 treaty that normalized ties between the two countries.

The South Korean official said a “cooling-off period” with Japan was necessary to craft a solution.

“The export curbs confined room for diplomacy for both sides, and the situation is now even more difficult due to another retaliatory measure,” said the official, referring to Japan’s actions on Friday.

“It’s difficult to think about a long-term strategy under such a heightened, agitated situation.”

(The story is refiled to fix typo.)

Image: FILE PHOTO: A police officer stands guard near Japan and South Korea national flags at a hotel, where the South Korean embassy in Japan is holding the reception to mark the 50th anniversary of the normalization of ties between Seoul and Tokyo, in Tokyo June 22, 2015. REUTERS/Toru Hanai/File Photo

North Korea slams Japan over its trade spat with Seoul

US to 'support efforts' by South Korea, Japan to end worsening dispute