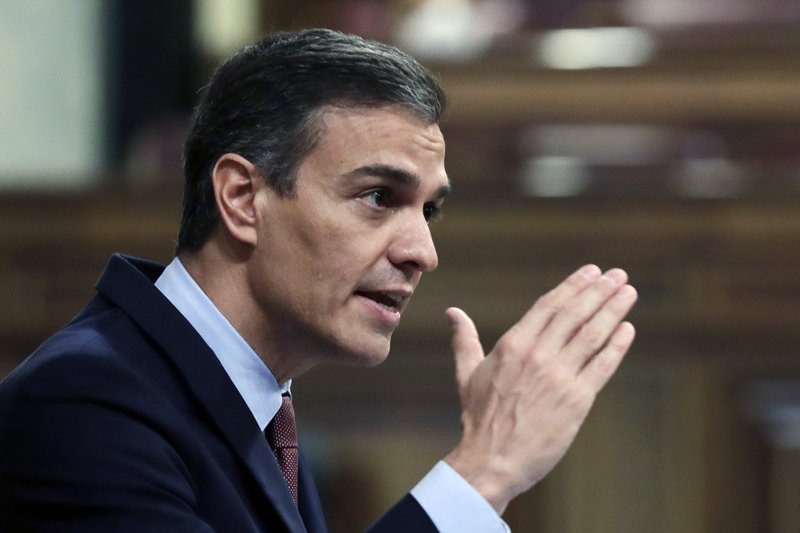 BARCELONA, Spain (AP) — Spanish Prime Minister Pedro Sánchez called a Cabinet meeting Sunday to prepare a new state of emergency to stem surging coronavirus infections, a move that could impose curfews and other restrictions across the country.

Sánchez’s government said Saturday night that a majority of Spain’s regional leaders have agreed to a new state of emergency and the meeting Sunday was to study its terms.

The state of emergency gives the national government extraordinary powers, including the ability to temporarily restrict basic freedoms guaranteed in Spain’s Constitution such as the right to free movement.

Spain’s government has already declared two state of emergencies during the pandemic. The first was declared in March to apply a strict home confinement across the nation, close stores and recruit private industry for the national public health fight. It was lifted in June after reigning in the contagion rate and saving hospitals from collapse.

The second went into effect for two weeks in Madrid to force the capital’s reluctant regional leaders to impose travel limits on residents to slow down an outbreak in which new infections were growing exponentially. It lasted until Saturday.

Spanish Health Minister Salvador Illa has said his agency and regional health officials are studying how to apply nightly curfews, perhaps like the 9 p.m. ones already in place in France’s major cities.

The state of emergency would make it easier for authorities to take swift action, avoiding having to get many of the restrictions approved by a judge. Some judges have rejected efforts to limit movement in certain regions, causing confusion among the public.

Government officials on all levels are reticent to impose another complete home lockdown and industry shutdown, given the weakened state of Spain’s economy, which has plunged into a recession and seen its unemployment rolls skyrocket in recent months.

Spain this week became the first European country to surpass 1 million officially recorded COVID-19 cases. But Sánchez admitted Friday in a nationally televised address that the true figure could be more than 3 million, due to gaps in testing and other factors.

Spain on Friday reported almost 20,000 new daily cases and 231 more deaths, taking the country’s death toll in the pandemic to 34,752.

Image: FILE – Spain’s Prime Minister Pedro Sanchez speaks during a parliamentary session in Madrid, Spain, Wednesday Oct. 21, 2020. Sánchez is appealing for Spaniards to pull together and defeat the new coronavirus, warning: “The situation is serious.” Sanchez, in a televised address to the nation Friday, acknowledged public fatigue with restrictions to contain the spread of COVID-19. (AP Photo/Manu Fernandez, Pool)