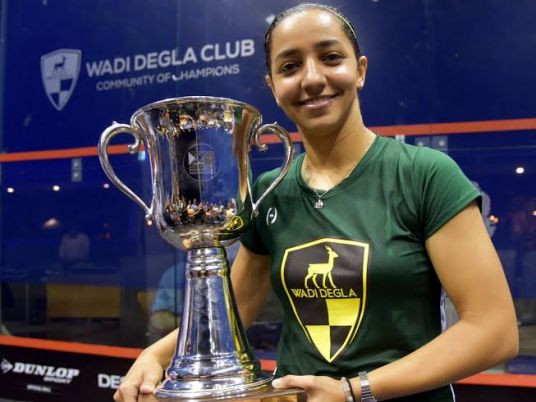 Malaysia's Nicol David celebrates her ninth year as world squash number one this week but her chances of making it a decade of dominance are under severe threat from Raneem El Welily.

The Egyptian won her third major title of the year at the Alexandria International at home earlier this month, closing to within 50 points of David.

The Malaysian, who lost in the last four of the British Open in May, also went out in the semi-final in Alexandria to Egypt's Omneya Abdel Kawy.

However, David said her enthusiasm was still strong as she goes for a ninth world title at the end of the year.

"It certainly feels special and I can't believe that I have been World No. 1 for nine years – the time has flown by," the 31-year-old said in a statement following her 108th consecutive month at the top.

"I think I might only fully comprehend the magnitude of everything when I step out of the game, but that's not going to be happening anytime soon.

"I think it's going to be an exciting year with everyone pushing the competition on but I'm really looking forward to the challenge."