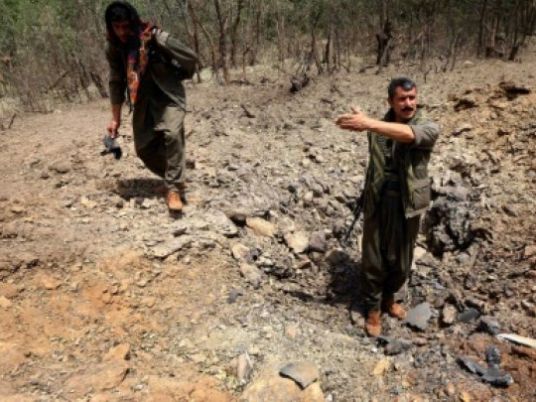 The agency, whose figures could not be confirmed independently, said among those killed were 430 rebels who died in air raids on PKK camps in Iraq.

Another 260 were killed in ground operations in southeastern Turkey, Anatolia said, quoting what it said were sources in military intelligence.

The offensive was launched after 33 pro-Kurdish activists were killed on July 20 in a suicide bombing on the Syrian border blamed on Islamic State (IS) jihadists.

The attack prompted a violent reaction against Turkish police and troops from Kurdish militants, who accuse Ankara's Islamic-rooted government of complicity with IS.

On July 24, Ankara launched its first air strikes against IS in Syria and then also began attacking targets of the PKK in northern Iraq, in a dual "war on terror".

Dozens of air strikes have been carried out, but only three have officially been targeted at IS.

The PKK, for its part, has been blamed for attacks that have killed around 50 Turkish soldiers.

Eight were killed on Wednesday in a remote-controlled roadside bomb in the southeastern province of Siirt.

Analysts say the escalation could destroy chances of agreeing a settlement to end an insurgency by the PKK that has lasted more than 30 years.