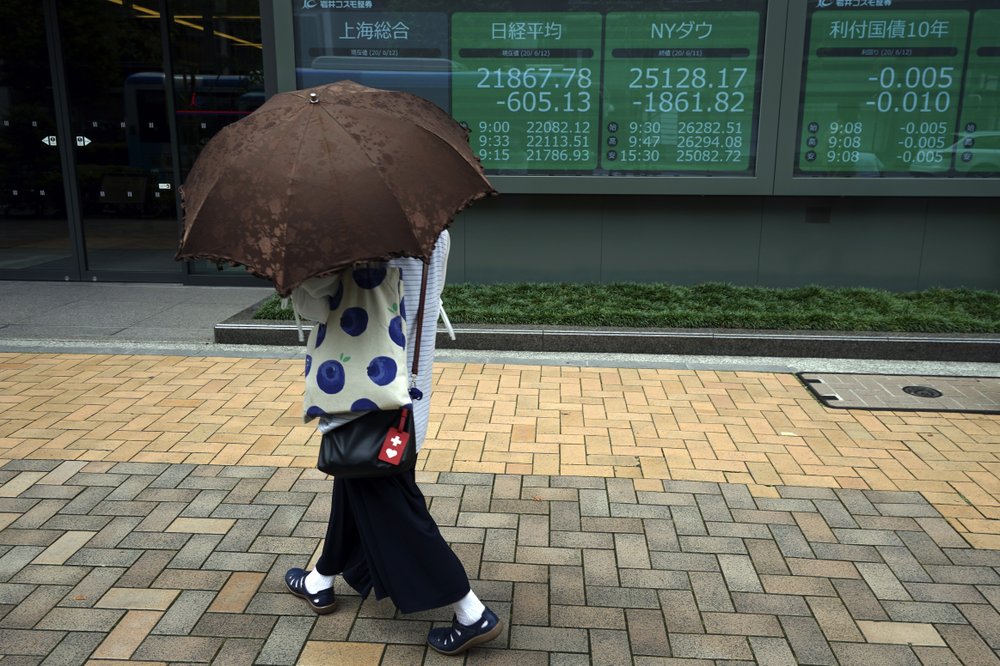 Stock markets picked up on Friday after a day of losses in Asia and following Wall Street’s heavy sell-off the day before on worries over a possible second wave of coronavirus cases.

Dow and S&P 500 futures were up 2.2 percent and 1.9 percent, respectively, indicating some stabilization after the Dow on Thursday fell by almost seven percent.

Losses were milder in global markets than in the US on Thursday, partly because markets in the region have not seen the same massive gains in recent weeks: outbreaks of the virus, travel disruptions and business shutdowns remain apparent and hopes for a quick rebound more modest.

It is unclear if Thursday’s drop in the US reflected a fundamental reassessment of the economic outlook or rather a one-off drop as traders cashed in on the markets recent gains.

“Wall Street analysts are pointing to the gap between fundamentals and valuation saying it was long overdue, and finally, the market listens,” Stephen Innes of AxiCorp said in a commentary

“Regardless of what side of the fence you are on, you must concede we are at a critical inflection point where we will have to see which channel opens up and where the next five percent move will take us,” he said.

Thursdays bout of selling came as reports showed US cases climbing in nearly half the 50 states.

In Japan, daily newly confirmed cases have fallen to double-digit levels, workers are returning to work and stores are reopening. But without a strong US recovery the global economy can hardly expect to pick up strongly.

“It appears that worries about a ‘second wave’ of infections have hit, with a swell in the number of cases in states like Arizona and Texas giving cause for concern,” said Riki Ogawa at Mizuho Bank’s Asia and Oceania Treasury Department, noting US Treasury Secretary Steven Mnuchin has said the US can’t afford another lockdown.

In other trading, benchmark US crude oil rebounded, gaining 20 cents to US$36.54 per barrel in electronic trading on the New York Mercantile Exchange. It fell $3.26 to settle at $36.34 a barrel on Thursday. Brent crude oil picked up 27 cents to $38.82 a barrel.

Image: A woman walks past an electronic stock board showing Japan’s Nikkei 225 index and New York Dow index at a securities firm in Tokyo Friday, June 12, 2020. Asian shares were moderately lower Friday after an overnight rout on Wall Street as investors were spooked by reports of rising coronavirus cases in the US. (AP Photo/Eugene Hoshiko)

Stocks down on fears over second wave as lockdowns ease