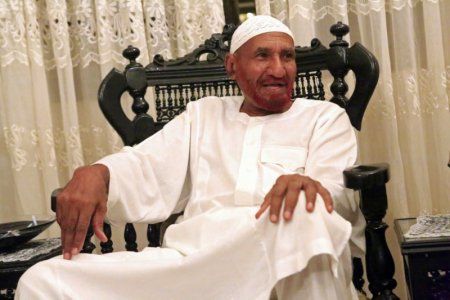 The party of leading Sudanese opposition figure Sadiq al-Mahdi said on Sunday he has been refused entry on his return to Egypt, where he had been living in self-imposed exile.

Egypt’s foreign ministry did not respond immediately to a request for comment.

The Sudanese National Umma Party said al-Mahdi was turned away after arriving at Cairo’s international airport on Saturday from a conference of the Sudanese opposition in Berlin.

Al-Mahdi’s daughter Rabbah al-Mahdi told Reuters he had departed for another country, but declined to say where.

The 82-year-old, whose party is one of Sudan’s oldest, was the country’s last democratically elected prime minister.

He was overthrown in 1989 by an alliance of Islamists and military commanders that still forms the nucleus of President Omar Hassan al-Bashir’s all-powerful National Congress Party.

Sudan’s government had accused al-Mahdi in 2014 of conspiring with armed rebels, a charge that could carry the death penalty, leading him to seek refuge in Cairo.

He returned briefly to Sudan in 2017, but traveled back to Cairo earlier this year after becoming leader of a wider opposition bloc.