The Suez Canal made record revenues during the fiscal year 2017/2018. Chairman of the Suez Canal Authority, Mohab Mamesh, said that the revenues of this year is the highest in the canal’s history, totaling US$5.6 billion, compared to US$5 billion during the previous fiscal year.

The increase recorded compared to the previous year was $600 million, equal to 13 percent, according Mamesh.

In a statement on the occasion of the end of the fiscal year, Mamesh added that the navigation volume increased notably. He said 17,845 vessels crossed the canal in 2017/2018, increasing by 841 vessels by 4.9 percent compared to the preceding year.

Total cargoes transferred through the canal in 2017/2018 recorded 97.6 million tons, increasing by 9.8 percent compared to the previous fiscal year.

He added that the Suez Canal Authority has taken steps to develop the canal’s navigational potentials adopted flexible marketing policies that resulted in attracting new shipping lines and enhanced the canal’s competitiveness compared to other water channels.

Mamesh referred to the new Suez Canal project saying the statistics and indicators of the canal navigation proved the economic and technical feasibility of the new canal.

He added the new canal contributed to maintaining the Suez Canal on top of water channels globally by increasing its numerical and absorptive capacity and raising its efficiency in receiving the new generations of giant ships.

The new canal played an important role in facing many challenges as it reduced the waiting and transit time for half, which led to a decrease in the total cost of the marine voyage for shipowners, as well as contributing to a faster movement of international trade, food, medicine, fuel and other important goods, according to Mamesh.

The new canal will create a new life in its surroundings according to a promising plan for sustainable development that includes the establishment of new urban communities such as the New Ismailia City and other cities.

Suez Canal belongs to Egyptians, not to be sold: Suez Canal Authority head

What does the controversial bill on ‘selling the Suez Canal’ in Egypt mean ? 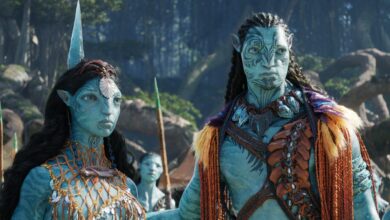