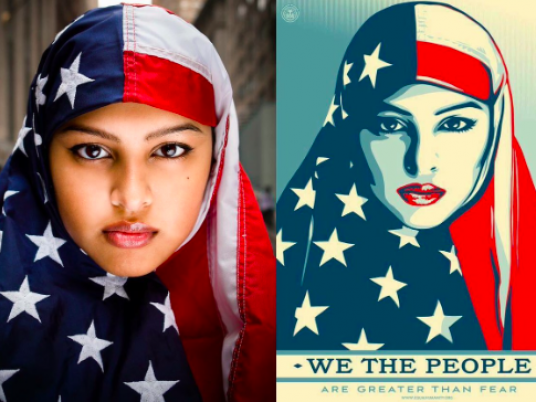 The US Supreme Court will decide three cases in coming months that could help or hinder President Donald Trump's efforts to ramp up border security and accelerate deportations of those in the country illegally.
The three cases, which reached the court before Democratic President Barack Obama left office, all deal broadly with the degree to which non-citizens can assert rights under the US Constitution. They come at a time when the court is one justice short and divided along ideological lines, with four conservatives and four liberals.
The justices will issue rulings before the end of June against the backdrop of high-profile litigation challenging the lawfulness of Trump's controversial travel ban on people traveling from seven predominantly Muslim countries.
The most pertinent of the three cases in terms of Republican Trump administration priorities involves whether immigrants in custody for deportation proceedings have the right to a hearing to request their release when their cases are not promptly adjudicated.
The long-running class action litigation, brought by the American Civil Liberties Union (ACLU) on behalf of thousands of immigrants detained for more than six months, includes both immigrants apprehended at the border when seeking illegal entry into the United States and legal permanent residents in deportation proceedings because they were convicted of crimes. The case also could affect long-term U.S. residents who entered the country illegally and have subsequently been detained.
The Trump administration has said it wants to end the release of immigrants facing deportation and speed up the process for ejecting them from the country. A decision in the case requiring additional court hearings could have very direct implications for the administration's plans, said ACLU lawyer Ahilan Arulananthan, especially since immigration courts currently have a backlog of more than 500,000 cases.
The ACLU estimates that up to 8,000 immigrants nationwide at any given time have been held for at least six months. A US Immigration and Customs Enforcement official was unable to immediately confirm data on length of detention but said that in fiscal year 2016, the average daily count of detainees was just under 35,000.
"If Trump wants to put more people in deportation but does not increase the number of immigration judges, then people are going to have to wait longer and longer to get a hearing," said Stephen Yale-Loehr, an immigration law professor at Cornell Law School.
The Trump administration has pledged to sharply curtail illegal immigration, with initiatives such as building a wall along the US-Mexican border and hiring thousands of federal agents to police the border and arrest and deport immigrants who live in the United States but entered the country illegally. Trump has also threatened to withhold federal funding from so-called "sanctuary cities" that offer protections to immigrants who could face deportation.
Cross-borer Shooting
The other immigration cases to be decided concern whether U.S. government officials can be sued over mistreatment of non-citizens in two separate contexts.
One will decide whether the family of 15-year-old Mexican teenager Sergio Hernandez, who was killed while on Mexican soil by a U.S. agent firing from across the border in Texas, can sue under the U.S. Constitution.
It is a scenario that the lawyers for Hernandez's family say could become more frequent if the Trump administration acts on its proposal to increase the number of border guards by 5,000, raising the prospect of similar confrontations. The court hears arguments in that case on Feb. 21.
The second is a civil lawsuit brought by immigrants, mainly Muslims, who were detained in New York after the Sept. 11, 2001 attacks and claim they were mistreated.
The group of Muslim, Arab and South Asian non-U.S. citizens say they were held as terrorism suspects based on race, religion, ethnicity and immigration status and abused in detention before being deported.
The long-running case focuses on whether senior officials in the administration of Republican President George W. Bush can be sued for their role in directing the action.
'I'm not ranting and raving.' Trump on defensive in first solo news conference
The Obama administration argued that the court should be wary of extending liability to the actions of senior officials, especially when it implicates national security and immigration.
Based on the skepticism of the justices during the Jan. 18 oral argument, the court seems likely to rule against the detainees. Chief Justice John Roberts expressed concern that permitting such lawsuits against senior U.S. officials would become "a way of challenging national policy" through litigation seeking monetary damages against the individuals who implemented the policy.
The three cases are separate from litigation over the legality of Trump's travel ban, which could also ultimately be decided by the high court. The key case on that front is now pending before an appeals court in San Francisco after a three-judge panel upheld a lower court decision to put the ban on hold.
Language in the upcoming rulings that address the rights of non-citizens and analyzes how courts should review government action on immigration and national security could have relevance in that case, legal experts say.
Anil Kalhan, an immigration law professor at Drexel University's Kline School of Law, said the furor over the treatment of non-U.S. citizens affected by the travel ban could bleed over into how the court approaches the cases.
"It might be the atmospherics of what’s going on now might lead to a closer look from the justices," he said.
Reporting by Lawrence Hurley; Editing by Sue Horton and Jonathan Oatis; Reuters