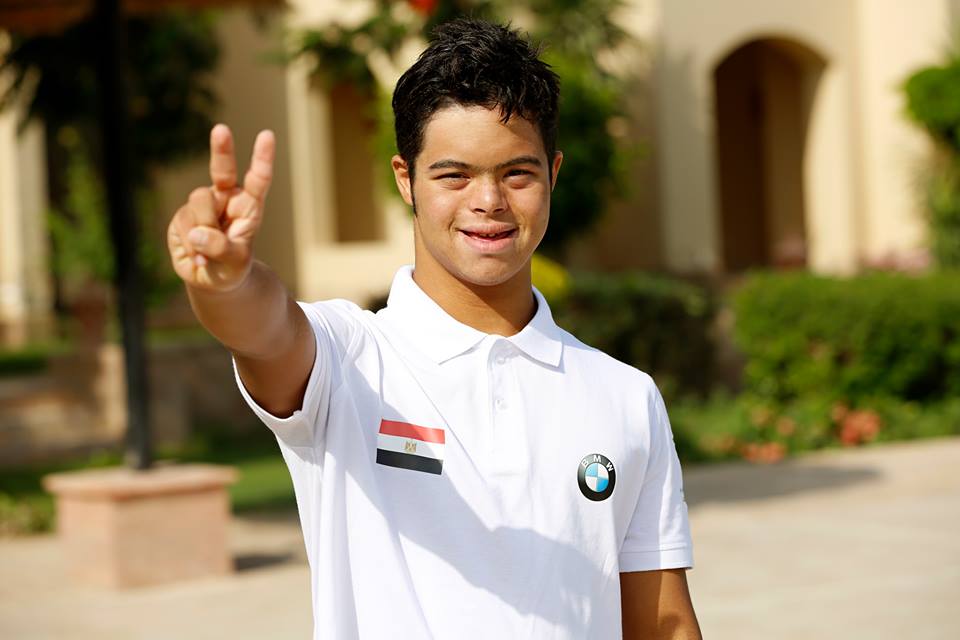 For the first time in Egypt and the Arab world, the “UN-ARTS” committee on the Rights of Persons with Disabilities in Egypt has selected Egyptian swimmer Mohamed al-Husseini, born with Down syndrome, as the committee’s official spokesperson in Egypt as well as abroad, according to an official statement from UN-ARTS.

The head of UN-ARTS in Egypt, Reda Abdel Aziz, told El Watan News that Husseini has exceptional potential in representing the committee. The 20-year-old Egyptian swimmer would be attending various conferences inside Egypt and abroad, she added, given his great ability to express himself and will talk about his visions and goals.

Aziz stated that this decision comes to celebrate Husseini’s groundbreaking accomplishments in swimming regardless of condition, topping many of his competitors.

Husseini was the first Egyptian with Down syndrome to attempt to cross the English Channel from the south of England to the north of France in 2017.

At that time, Husseini followed a program in Hurghada’s Red Sea under which he trained five hours on a daily basis. The program included physical and psychological training to prepare him for the many obstacles he might pass through while crossing.

The training lasted around a year and a half in the seas, according to the committee’s statement.

Husseini launched his swimming career at the age of six.

He joined a swimming team that swam for five kilometers in the light of the celebrations of the new Suez Canal, and participated in the national team for the Down syndrome World Swimming Championships held in Italy in 2016, under which he competed in around 12 races within four days.