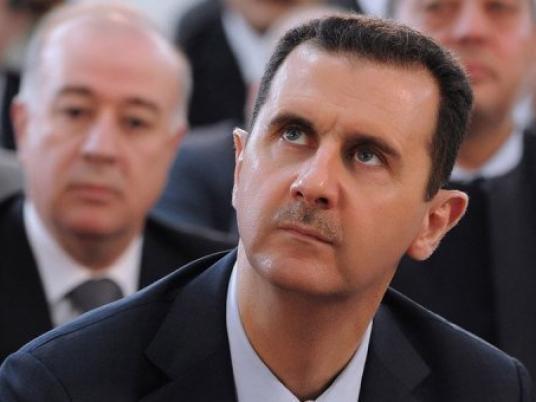 's comments labeling the conflict a civil war, as fighting rocked the cradle of the uprising and the army pounded the key hub of Aleppo.

At least 52 people were killed, including two children in shelling in Daraa, the birthplace of the revolution in southern Syria, a watchdog said, as the United Nations brought an end to its troubled observer mission.

Brahimi, who has replaced Kofi Annan as the international point man for Syria, warned Sunday that it was now a matter of ending rather than avoiding civil war after 17 months of bloodshed.

"A civil war, it is the cruelest kind of conflict, when a neighbor kills his neighbor and sometimes his brother, it is the worst of conflicts," the veteran Algerian diplomat told France 24 television.

"There are a lot of people who say that we must avoid civil war in Syria, me I believe that we are already there for some time now. What's necessary is to stop the civil war and that is not going to be easy."

"To speak of civil war in Syria contradicts reality and is found only in the heads of conspirators," the foreign ministry said in a statement carried by the official SANA news agency.

Damascus insists it is fighting an insurgency by "armed terrorist groups" backed by the West, Gulf states and Turkey, a blanket term used to describe rebel fighters and peaceful demonstrators alike.

The Syrian Observatory for Human Rights meanwhile reported fierce fighting on the second day of Eid al-Fitr, the holiday celebrated by Muslims around the world to mark the end of the holy month of Ramadan.

It said clashes erupted between rebels and government troops in Daraa after several areas were shelled, killing 15 people, including two children.

Government forces using combat helicopters, tanks and heavy artillery have also been carrying out "savage" attacks on Herak, the opposition Syrian National Council said, warning of a humanitarian catastrophe as supplies of food and medicines run out.

Fighting also flared in southern parts of Damascus as the army battles persistent pockets of resistance despite claiming it retook most of the capital last month. In the province, 28 people were killed, half of them civilians.

The Observatory said troops backed by helicopters also pounded several areas of the northern city of Aleppo, including the Salaheddin neighborhood where much of the regime's military operations against the rebels have been focused.

An AFP correspondent said warplanes and helicopters were circling across the city through the day, and reported heavy fighting in the southwestern Saif al-Dawla district, which neighbors Salaheddin.

"Where can we go, we don't have anywhere to go," lamented Tahani, 40, one of a group of women sheltering in the entrance of a house in Ansari neighbourhood, also in the southwest. "In this situation having children is a curse. If it were just me, I wouldn't be afraid but I am always afraid for them."

The commercial capital has emerged as the epicenter of the conflict since rebels seized large swathes of the city in an offensive launched on July 20. Government officials have said it will be the "mother of all battles."

The unrelenting violence saw demonstrators take to the streets of the capital and other cities Sunday to vent their rage at President Bashar al-Assad, as he made a rare public appearance for Eid prayers.

UN observers wound up their troubled mission Sunday amid a failure by world powers to agree how to respond to Assad's crackdown and bring peace to the strategic Middle East state.

Its operations were largely suspended in June and observer numbers cut back in the face of the mounting violence, as both sides violated a ceasefire that was meant to have been the cornerstone of Annan's plan.

A total of 23,000 people have now been killed since March last year, according to the Observatory, while the UN puts the death toll at around 17,000.

Amid speculation of further defections, Syria denied that Foreign Minister Walid Muallem had announced on Twitter he had replaced Vice President Faruq al-Shara, who the opposition claimed had tried to defect.

Across the border, Jordan said four rockets fired from Syria fell in the north, wounding a four-year-old girl and sparking a letter of protest to Damascus.

The conflict has raised fears of a spillover into neighboring countries, which are sheltering several hundred thousand refugees who have fled the fighting.

The United Nations has warned of a humanitarian crisis with more than one million people also displaced inside Syria and up to 2.5 million in need of aid.

Meanwhile, the Vatican said Pope Benedict XVI's planned visit to Lebanon next month will go ahead despite tensions linked to the conflict in Syria.