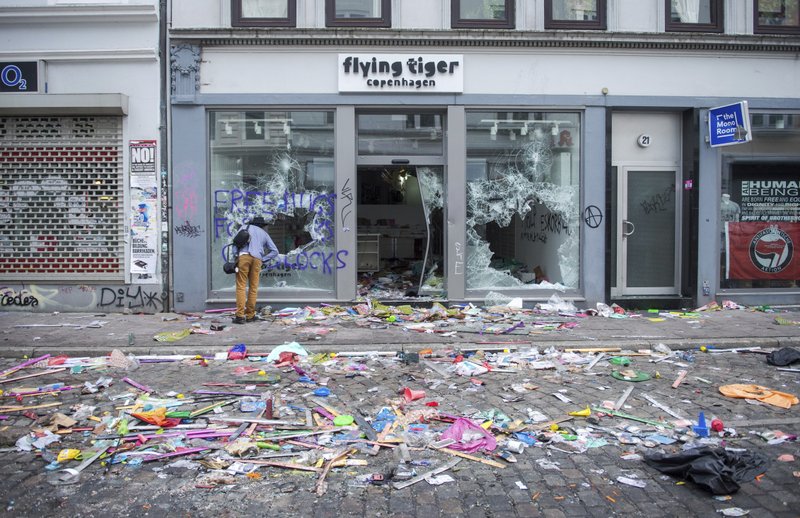 A group of Syrian dancers is going on tour across Germany with a show that tells of the plight that made them flee their homeland and of the hopes they have for the future.

In “Come as You Are” — directed by Berlin-based choreographer Nir de Volff — the three refugees recount how the war in Syria started, their escape and journey through Europe and what it is like finding their dancing feet in a new country.

“In 10 years, Syrians will lead some German companies. Syrians will be the directors of German theatres and Syrian musicians will play in the Berlin Philharmonic orchestra,” says one of the dancers, Medhat Aldaabal, swaying back and forth with closed eyes, flanked by two other dancers as they practice on an otherwise empty stage in the German capital.

He continues: In 10 years “we give workshops in Syria, we will speak perfect German and travel around the world on our German passports.”

Aldaabal and one of the other dancers, Moufak Aldoabl, fled to Germany in 2015, as part of a wave of nearly 1million migrants that entered the country that year. The third dancer, Amr Karkout, came earlier this year.

In Syria they were all professional dancers. Aldaabal graduated from the Higher Institute of Drama and Art in Damascus in 2014 and traveled across Syria with a dance company.

But, their skills didn’t translate easily in the German capital, known for its avant-garde culture and a highly competitive and international dance scene.

“Dance in Syria is very homogenous and based on ballet,” the softly spoken Aldaabal says in the performance as the other two dancers pirouette behind him. “Ballet, ballet, ballet…”

De Volff met the dancers in 2015. He was one of the thousands of people who volunteered time and money to help the new migrants find their way in German society.

“Come as You Are” is the fruition of hours of sitting together, talking, taking notes and discussing. In part, it highlights their development as performers.

The show also deals with the sometimes mundane details of life as a migrant: Applying for work, finding a home and missing your family and friends who are somewhere else.

“The whole show is actually about their adaptation process,” de Volff said. “It is not just about how happy they are to be in Europe, in a safe zone, but it is also about the difficulties of changing your physical habits and cultural codes.”

The show has run twice in Berlin and is starting a German tour in late October, with the first stop in Leipzig.

De Volff said the experience of the dancers as migrants can resonate with people around the world, and he hopes to take the show on an international tour soon.

“This project is much beyond artistic mission. It is a simple human mission,” he said. “To show empathy and to show understanding.”