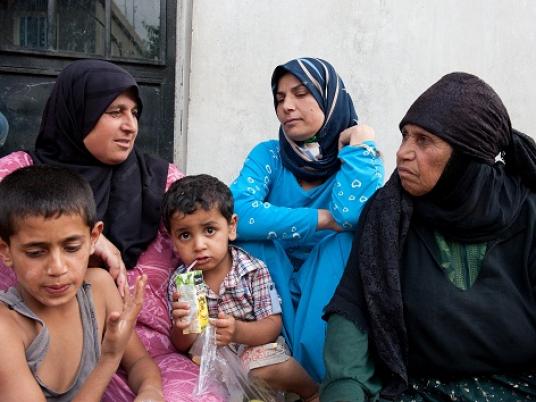 The Syrian refugee crisis is changing women's traditional roles with increasing numbers becoming heads of households and the main breadwinners, an international aid agency said on Saturday ahead of a global refugee summit.

Most women view the changes negatively with many feeling far more vulnerable to violence, abuse and harassment, CARE said in a report as it called for world leaders to put women refugees at the heart of the September 19 and 20 talks in New York.

Some 4.8 million Syrians have fled to surrounding countries during five years of war. Others have risked their lives to reach Europe.

The number of female-headed Syrian households in Jordan has risen to nearly 40 percent from a quarter a couple of years ago, CARE said. With men struggling to find work or absent, more women are taking up jobs or even setting up small businesses.

"We are seeing something very similar to what happened during World War One and Two across Europe whereby women are forced to take on new roles – and there are both positive and negative aspects to this," CARE policy adviser Howard Mollett told the Thomson Reuters Foundation.

In Greece, Syrian refugees estimate half of refugee households to be female-headed. Some have lost male family members in the war, while others are trying to join husbands already living in Europe.

Batoul, a Syrian mother who rarely left her home before the war broke out, told CARE how she had spent months traveling thousands of kilometers alone with her baby to try to join her husband in Germany.

The first thing she wants to do on reaching Germany is learn the language and look for a job. "My husband is traditional but he will support this. Women are strong and we have a new role to play," she told CARE at a camp in Serbia.

CARE said some mothers traveling on their own formed sexual relationship in the hope the man would protect them and their children while they were on the road.

Women have also described being forced to have sex to secure services and travel documents.

Mollett said some of the camps in Europe were shocking and lacked lighting, locks on showers and toilets and separate sleeping sections to keep women and children safe.

"While I was in Greece over the past month, multiple stories emerged of human traffickers and other predatory individuals preying on women and children in the official camps as well as those living homeless in the street," he added.

The report, entitled On Her Own, also highlights increasing poverty among refugees with four fifths in Jordan now living below the poverty line.

Mollett said rates of child marriage among refugees had almost doubled since the start of the war partly because of increasing destitution.

It will be followed by a summit of world leaders hosted by US President Barack Obama aimed at generating new funding and boosting refugee resettlement.