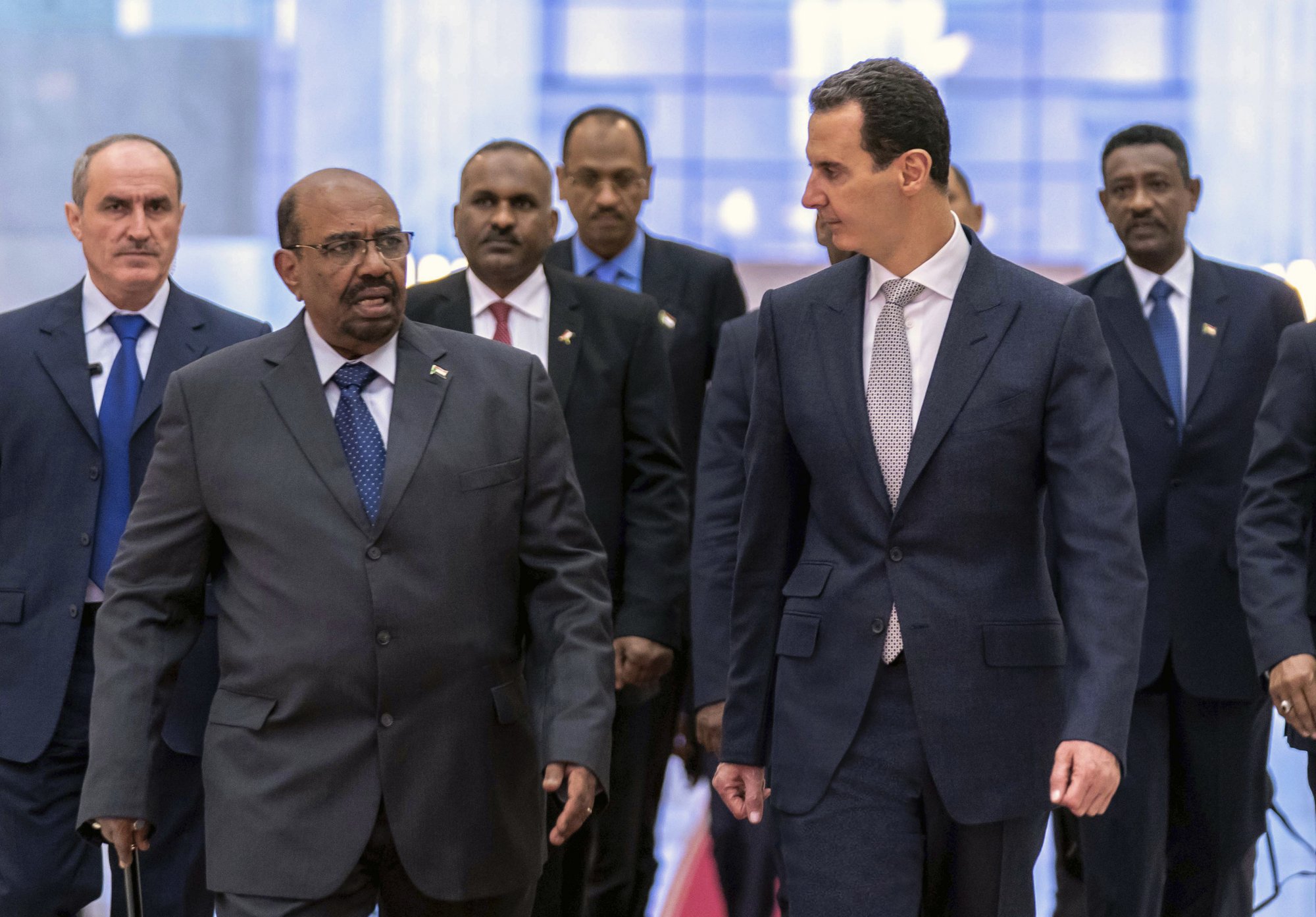 BEIRUT (AP) — It’s Arab Spring, season II, and he’s one of the few holdovers. The last man standing among a crop of Arab autocrats, after a new wave of protests forced the removal of the Algerian and Sudanese leaders from the posts they held for decades.

Syria’s President Bashar Assad has survived an uprising, a years-long ruinous war and an Islamic “caliphate” established over parts of his broken country. As the Syrian conflict enters its ninth year, the 53-year-old leader appears more secure and confident than at any time since the revolt against his rule began in 2011.

But the war for Syria is not over yet, and the path ahead is strewn with difficulties.

The back-to-back ouster of Algerian President Abdelaziz Bouteflika after two decades of rule and Sudanese leader Omar al-Bashir after three, has been dubbed a “second Arab Spring,” after the 2011 wave of protests that shook the Middle East and deposed longtime dictators in Tunisia, Egypt, Libya and Yemen.

Social media has been filled with pictures of leaders at past Arab summits, noting almost all of them were now deposed except for Assad. Some pointed out ironically that al-Bashir’s last trip outside of Sudan in December was to Damascus, where he met with the Syrian leader.

In most countries of the Arab Spring, the faces of the old order were removed, but either the ruling elite that had been behind them stayed in place or chaos ensued.

In Syria, Assad and his inner circle have kept their lock on power and managed to survive eight bloody years of chaos. That resilience may keep him in power for years to come even with a multitude of challenges, including a rapidly degenerating economy and a persisting insurgency in the northwest.

WHAT IS ASSAD’S STAYING POWER?

Assad has survived through a mix of factors unique to him. His is a minority rule, and he has benefited from a strong support base and the unwavering loyalty of his Alawite sect, which fears for its future should he be deposed.

That support stretched beyond his base to other minority sects in Syria and some middle- and upper-class Sunnis who regard his family rule as a bulwark of stability in the face of Islamic radicals. Despite significant defections early in the conflict, the security services and military have not shown significant cracks. Loyal militias grew and became a power of their own.

Even as vast parts of his country fell from his control or turned into killing fields, Assad kept his core regime in place.

Perhaps Assad’s largest asset is Syria’s position as a geographic linchpin on the Mediterranean and in the heart of the Arab world. That attracted foreign intervention, particularly from Russia and Iran, whose crucial political and military assistance propped up Assad and turned the tide of the war in his favor.

The unwavering backing from powerful friends is in sharp contrast to the muddled response by the US administration, and something none of the other Arab leaders benefited from in their own struggle against their opponents.

Is he completely out of the woods?

For now, Assad appears to be secure. With the help of Russia and Iran, he has restored control over key parts of the country, and the world appears to have accepted his continued rule, at least until presidential elections scheduled for 2021.

Gulf countries reopened embassies after years of boycott. Delegations from Iraq, Lebanon and Jordan have visited in recent months, discussing restarting trade, resuming commercial agreements and releasing prisoners. Although the Arab League said it was not yet time to restore Syria’s membership to the 22-member organization, the issue was discussed at their annual summit for the first time since the country was deprived of its seat eight years ago.

Much of what happens next depends on Assad’s ability to keep a lid on rising discontent as living standards deteriorate, and whether he is able to preserve Russia and Iran’s support.

AN ECONOMY IN SHAMBLES

After years of war and ever-tightening US sanctions, Syria’s economic pinch is becoming more painful. The government’s coffers are reeling from lack of resources, and the U.N. estimates that eight out 10 people live below poverty line.

Gas and fuel shortages were rampant in Damascus, Latakia and Aleppo this winter. Social media groups held competitions over which city had the longest lines at gas stations, forcing the issue to be debated in parliament.

This week, the government imposed gas rationing, limiting motorists to 20 liters every 48 hours. The crisis was worsened when reports spread about an impending price hike, prompting lines of hundreds of cars to stretch for miles outside gas stations. Oil Minister Ali Ghanem denied plans for a hike, warning of a “war of rumors that is more severe than the political war.”

The government’s inability to cope with rising needs has fueled criticism and anger even among its support base. Still, it’s unlikely the discontent will set off another wave of protests. Most Syrians by now will put up with anything to avoid another slide back to violence.

Still, the United Nations describes the level of need in the country as “staggering,” with 11.7 million Syrians requiring assistance, nearly 65 percent of the estimated 18 million people who remain in the country, millions of whom are displaced from their homes. Another more than 5 million fled abroad during the war.

Demonstrations reminiscent of the early years of the conflict have resurfaced.

In Daraa, where the revolt started, hundreds took to the streets recently, offended by the government’s plan to erect a statue of the president’s father, the late Hafez Assad. Further protests took place in some former opposition areas recaptured by the government after authorities moved to enforce military conscription there despite promises to hold off.

Arrests and detentions continue to be reported in recaptured areas, fueling fear that so-called reconciliation deals between authorities and residents of former opposition areas are only facades for continued repression and exclusion.

In eastern Ghouta, which the government recaptured last year after a siege, the government has been arresting former protest leaders and anti-government groups despite reconciliation deals, according to the Syrian Observatory for Human Rights.

Militarily, the defeat of the Islamic State group’s “caliphate” last month closed one brutal chapter of the war but opens the door to an array of potential other conflicts. The militant group’s defeat sets the stage for President Donald Trump to begin withdrawing US troops from northern Syria, a drawdown that’s expected to set off a race to fill the vacuum.

The focus also pivots to Idlib, the last remaining rebel bastion in Syria where an estimated 3 million people live, under control of al-Qaida-linked militants.

Egypt has no pre-conditions for returning Syria to Arab League: Foreign Minister

Syrian Kurds accuse Assad of policy of 'oppression and violence'