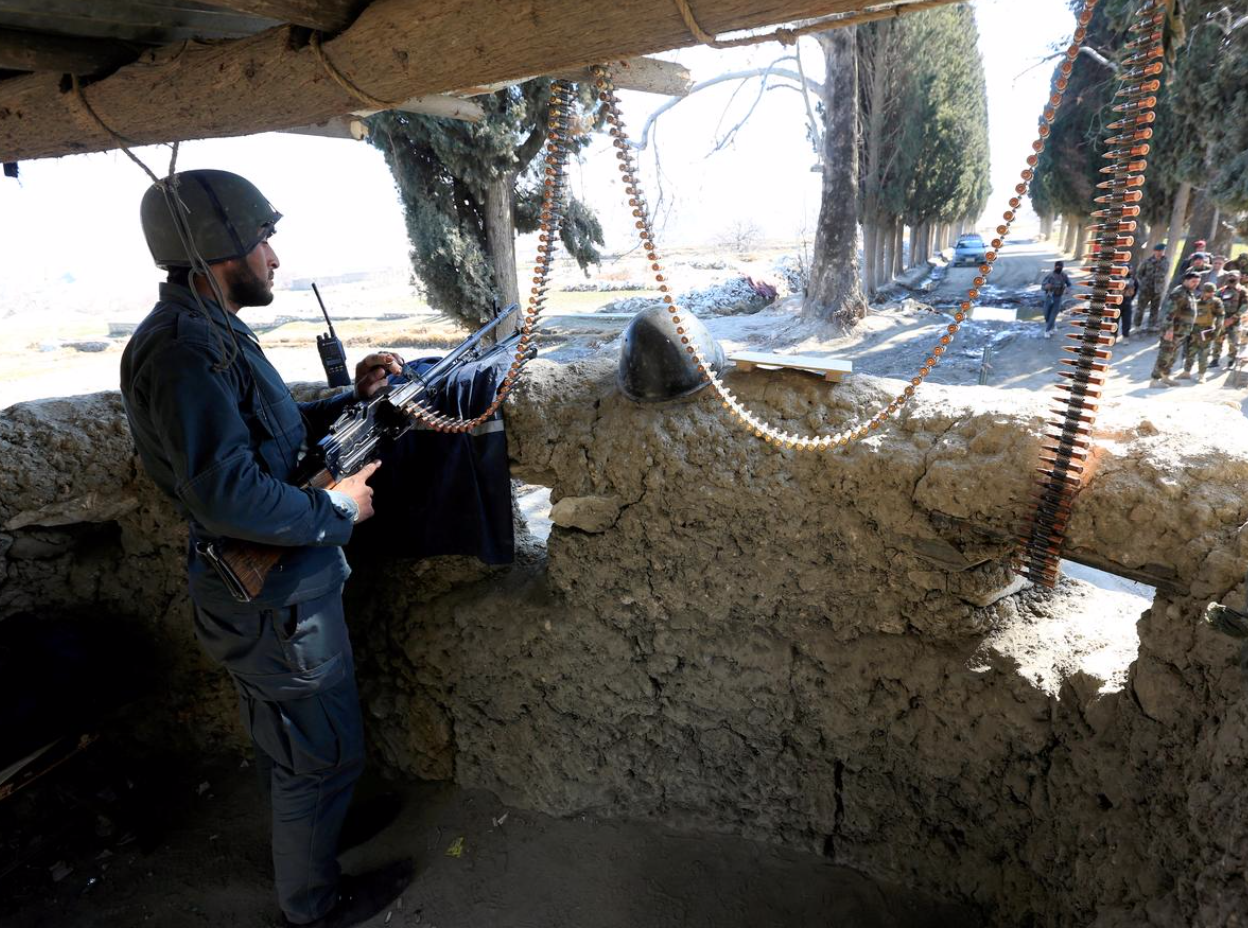 KABUL (Reuters) — Taliban fighters and Afghan security forces clashed in parts of Afghanistan on Saturday, a day after a week-long “reduction in violence” was announced, but the incidents did not spark immediate alarm on either side.

If the violence reduction period is observed successfully, the United States and the Taliban will sign an agreement on Feb. 29 that could lead to a pullout of thousands of U.S. troops after nearly two decades in the country.

Taliban fighters attacked Afghan forces in Balkh province in the early hours of Saturday, according to the spokesman for the provincial police and head of the provincial council.

The attack was confirmed by Taliban spokesman Zabihullah Mujahid in an audio message to Reuters. He said an Afghan forces convoy tried to enter territory controlled by the group.

The two sides have fought for control over parts of Balkh province for years.

The Taliban spokesman also confirmed similar clashes in other parts of the country, adding that the violence reduction understanding covered specific actions and areas and all incidents of firing should not be considered a violation of the understanding, which, he stressed, was “not a ceasefire”.

There were no immediate details on the casualties in the clashes.

Meanwhile, speaking to journalists on Saturday morning, General Scott Miller, who commands U.S. forces and the NATO-led non-combat Resolution Support (RS) mission in Afghanistan, addressed the issue of what would constitute a breach of the understanding.

“It is about observable trends showing a reduction in violence and I am confident we will be able to understand that on a daily basis and as more days go on we’ll have better understanding of what the trends are,” he said standing alongside the Afghan defense and interior ministers.

Previous attempts at negotiating peace agreements have been scuttled by Taliban attacks on international forces, most recently in December last year when an attack on a U.S. military base put talks on hold.