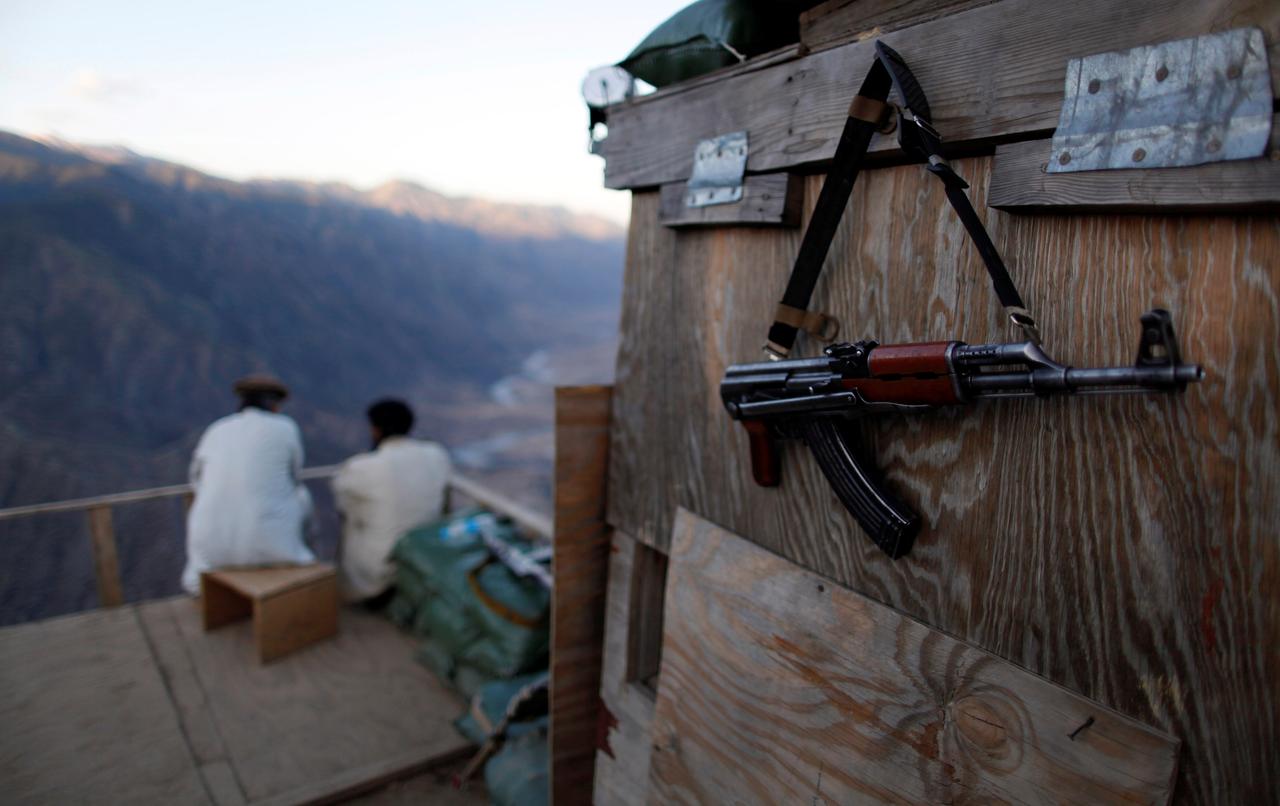 KABUL (Reuters) – Taliban militants killed at least 26 members of a pro-government militia in north Afghanistan on Saturday, officials said, as the Islamists and US negotiators were set to begin a seventh round of peace talks in Qatar.

One US official said the meeting was a “make-or-break moment” in efforts to end the 18-year-old war.

The talks will be led by Zalmay Khalilzad, the US peace envoy for Afghanistan, who has held six rounds of talks with the Taliban in Doha since October.

The efforts to find peace have so far not lessened the fighting between the Taliban and government forces.

In the early hours of Saturday, insurgents stormed security posts in the northerly province of Baghlan.

A provincial police spokesman said 26 militiamen had been killed. A senior Defence Ministry official in Kabul said the attack indicated that the Taliban wanted to negotiate from a position of strength.

Taliban officials said their fighters had killed 28 militiamen and wounded 12. Spokesman Zabihullah Mujahid said there was no connection between military action and peace talks: “We will continue to fight against the foreign and Afghan forces until a peace deal is signed.”

About 20,000 foreign troops, most of them American, are in Afghanistan as part of a US-led NATO mission to train and assist Afghan forces. Some US forces carry out counter-terrorism operations.

The focus of the peace talks has been a Taliban demand that foreign forces leave and a US demand for a guarantee that Afghanistan will not be used as a base for attacks elsewhere.

Two other main issues are a ceasefire and talks between the insurgents and the Western-backed government, which the Taliban denounce as a “puppet”.

A senior US official, who declined to be identified as he is not authorized to speak to media, said before the latest violence was reported that there was “a genuine sense of expectation on both sides … It’s a make-or-break moment.”

A Taliban leader in Qatar, who also declined to be identified, said the talks would be crucial.

Secretary of State Mike Pompeo said on a trip to Kabul this week that the United States was close to finishing a draft agreement with the militants on counter-terrorism assurances, and he hoped a peace pact could be reached by Sept. 1.

The Taliban control or are contesting control of half of Afghanistan, more than at any time since they were ousted by US-led forces in late 2001.

Afghanistan is due to hold a presidential election this year but the militants dismiss the process and instead want to form an interim government – something that President Ashraf Ghani and opposition political parties reject.

Hours before the talks were due to start, Ghani decreed the formation of a ministry for peace to push for direct talks with the Taliban, to be headed by his top aide, Abdul Salam Rahimi, Ghani’s spokesman said.

Some Afghan officials fear the war-weary United States and the Taliban will strike a deal that allows Washington to end its involvement, leaving government forces to battle on alone.

The militia members killed on Saturday were among thousands of locally recruited men who are brought in to hold areas recaptured from the militants, freeing the army for new operations.

On Friday, the Defense Ministry said a senior Taliban governor had been killed in an air strike in the easterly province of Logar, and a militant commander had been killed in clashes with Afghan security forces in Balkh province in the north. The Taliban dismissed the reports as propaganda.