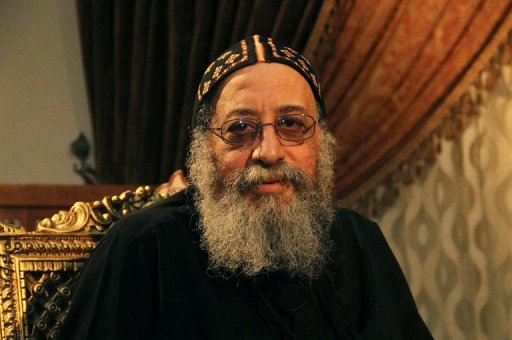 Bishop Tawadros, a trained pharmacist who headed a medicine factory, was chosen Sunday as the 118th pope to lead Egypt's Coptic Church on the same day he celebrated his 60th birthday.

Born Wagih Sobhy Bakky Suleiman in the Delta region of Mansoura, the new pope will head the largest Christian minority in the Middle East under the name Tawadros II.

Born on 4 November 1952, the new pope earned a degree in pharmacy from the University of Alexandria in 1975 and headed a state-run pharmaceutical factory until 1986.

During his youth, he received a scholarship from Britain's International Health Institute.

The new pope obtained a clerical degree in 1985 and was made a monk in 1988 at Saint Bishoy monastery in Wadi Natrun, northeast of Cairo. In 1997 he was consecrated bishop.

Tawadros II worked with the powerful Bishop Pachomius, who was appointed acting head of the church after the death in March of Pope Shenouda III.

Noted for his knowledge of theology, he favors a more pastoral role for the church and rarely involves himself in political matters.

He will be formally consecrated Pope of Alexandria and Patriarch of All Africa in the Holy See of St. Mark the Apostle at a ceremony on 18 November.

But the new pope faces an uncertain time for his flock in the Arab world's most populous country which overthrew strongman Hosni Mubarak last year and elected this year Islamist President Mohamed Morsy.

The rise of Islamists after the revolution that ousted Mubarak has sparked fears among Copts of further persecution at home, despite Morsy's repeated promises to be a president "for all Egyptians."

Tawadros also advocates further unity between Egypt's Copts, estimated at between 6 and 10 percent of the country's 83-million population, and those from the diaspora whose leaders have often been more outspoken against abuses suffered by the Christians in Egypt.

Sectarian attacks against Christians have increased, and dozens were killed in violence over the past two years.

Shenouda III had beseeched Christians to be patient in confronting sectarian strife, but many have cast doubt on such calls for restraint as the attacks multiplied.