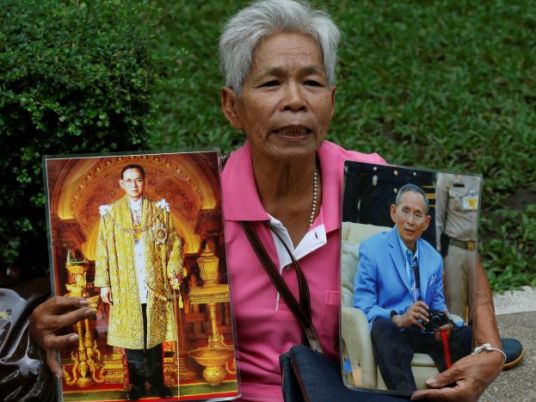 Thailand's military government will submit a constitution for royal endorsement on Tuesday, Prime Minister Prayuth Chan-ocha said, a step that should pave the way for a general election in 2017.

Thailand has been ruled by the military since a May 2014 coup. The junta, formally known as the National Council for Peace and Order, has sought to reassure the country that the death of revered King Bhumibol Adulyadej, who died on Oct. 13, would not upend plans for a return to democratic rule.

Prayuth, who is also junta chief, said that he had signed the constitution, which Thais overwhelmingly approved in a referendum in August, and would send it to the palace on Tuesday.

The junta has said the constitution is aimed at ending a cycle of coups. But critics, including politicians from major political parties, oppose the charter and say it will enshrine the military's influence in politics for years to come.

The junta's roadmap to democracy calls for the passing of an election law and political party laws that will guide the election process once the constitution obtains a royal endorsement, which is considered to be a formality.

Thailand is making preparations for Crown Prince Maha Vajiralongkorn to ascend the throne on Dec. 1. [nL4N1D134G]

Until that happens, Prem Tinsulanonda, the 96-year-old the head of Thailand's royal advisory council, is acting as regent.

By law, the monarch or regent has 90 days to approve the constitution.

"It will proceed according to the steps as determined by the palace and will follow the 90-day protocol," Prayuth told reporters.

Political risk consultant Eurasia Group said in a note that the royal succession process "will likely be smooth and swift."

Amorn Wanichwiwatana, a member of the Constitutional Drafting Committee, told Reuters that the proposed new election and political party laws will be ready as soon as the constitution is approved.