Much has been made of the technologically savvy, globally aware Egyptian twenty-somethings who have helped make social networking tools essential elements of activism, dialogue, and self-expression in their country. This nebulous group of educated young people has been the darling of international media since the 25 January revolution, and along with its counterparts all over the world, the topic of much public conversation.

This conversation has extended to the arts, and on Sunday evening at the Contemporary Image Collective (CIC), the “Millenials,” as they are sometimes called, were out in full force, crowding the gallery space at the launch of the bilingual publication “Thawret El LooooL: Chats with Young Egyptian Artists” (Revolution of LooooL). Written, edited and funded by 26-year-old art writer, Mariam Elias, “Thawret El LooooL” seeks to provide a voice for young artists, her peers, to document their work and thoughts and question what defines their generation.

The title employs the common internet slang “lol” (laugh out loud) to reference the importance of technology and popular culture for young artists, and connect this technological inclination with the 25 January revolution, though the revolution is not a central topic of the book. Elias carries on the technology theme with a section entitled “Chat Rooms,” in which she poses questions about generational trends, local art history, the influences of popular culture on artwork, art education and art institutions to a group of artists.

Elias is the sole editorial voice of the project, and while it is an impressive effort for a single person, the text is confusing and arguments do not delve very deep. “Thawret El LooooL” is not the best this generation can do, but it nonetheless provides some insight into a changing cultural landscape.

Elias got the idea for the book in 2009, after seeing two exhibitions of young artists, “The Pick 4” at the Townhouse Gallery, and the state-organized 20th Youth Salon. By looking at an independent and state exhibition of emerging artists, Elias says “I hoped to find the common ideas between the two."

While the artwork presented in the book is diverse and artists’ opinions are often contradictory, there are nonetheless some generalizations that can be made. These young artists share interests heavily entrenched in pop culture and image appropriation, and are often more engaged in the act of assembly than creation. Elias writes about the video work of duo Assma and Hind al-Kolaly. “The Princess”, for instance, combines a video loop of slaughtering a cow with text from classic Arabic fiction on a split screen. The collage works of artists Amr Ali and Wensh also exemplify this art of juxtaposition.

Many of the artists Elias speaks to are street, comic book, and video artists, engaging in non-traditional media with a non-commercial bent. Moneymaking considerations are met with a degree of disdain. “I believe you shouldn’t do art for money. If I want money I should work in mass media, advertising, or graphic design,” says artist Abdullah Sabry.

When Elias asks the artists whether they are a part of a generation, she gets a predictable response to such a general question. In the words of artist Sarah Hamdy, “Inevitably we are a generation. We are exposed to the same stuff, whether it was because of what has been transmitted through the media or because of social and political events.”

But part of the logic behind this question comes from the Egyptian art establishment’s tendency to group artists into generations as a way of defining them. As Elias writes in her introduction, “Up until now it seems that the anatomy of modern Egyptian art history has been chaptered around consecutive generations rather than schools, movements and isms.”

Part of Elias’ goal in “Thawret El LooooL” is clearly to question this method of categorization. She recognizes how generational grouping can be less substantive than identifying common conceptual and formal interests. But she does not suggest an alternative, and the book supports the idea that artists of a similar age share enough concerns to be considered as a kind of cohesive group.

Despite diverse views, a sense of frustration with established systems of art making and exhibiting, and even “traditional media” such as painting, surfaces in the section entitled "Chat Rooms."

Many of the artists Elias spoke to are ready to move past the Egyptian Modernist emphasis on themes of history and heritage.

“Of older generations of artists, some are trapped in nationalistic representations and attached to folkloric themes,” Elias quotes artist Abdullah Sabry. “Yes, I am an Egyptian artist, but I want to create my own character too.”

And some feel there is little room for their work in Egypt’s art scene. Street artist Aya Tarek sums it up well, “Galleries are either stuck in praise of the 1960s generation, or are looking for contemporary forms without providing enough workshops to teach or educate us.”

The artists bemoan an art education system that is rigid and formal, and excludes engagement with the media that young artists are attracted to, such as video, “[These institutions] are only concerned with rules giving little space to experimentation,” says Mohamed Alaa.

While discussing the “emerging generation” is not something new and Elias covers many exhibitions that address the same topic, “Thawret El LooooL” is unique as an object of record. Many of the artists interviewed in the book expressed their frustration at not being able to see documentation of recent Egyptian art history.

“We lack enough sources about whatever happened lately in the Egyptian art context,” Sarah Hamdy is quoted as saying. And judging by the high turn-out at the book’s launch, these feelings are echoed by Elias’ peers.

But, unfortunately, the book is a choppy read. While it poses interesting questions, it does so in a way which only allows a surface examination of a number of familiar, yet important, issues.

Elias' book, half of which is the original English and the other half an Arabic translation by Ramez Farag, is available at Everyman’s Bookstore in Heliopolis, Afaq Books on Qasr al-Aini Street downtown, Kotob Khan in Maadi, and Bikya in Nasr City. Further information about the publication can be found on its Facebook page, “Thawret El LooooL.” 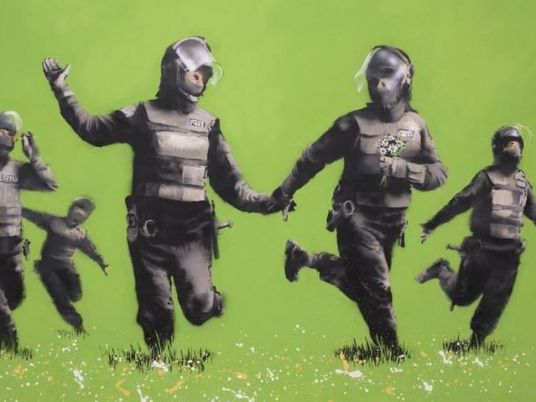 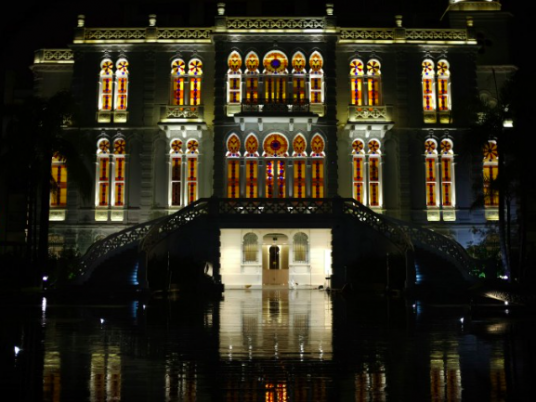 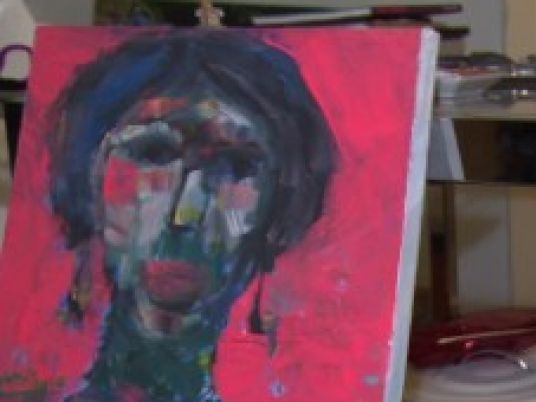 How has art in Egypt changed since the revolution? – Video