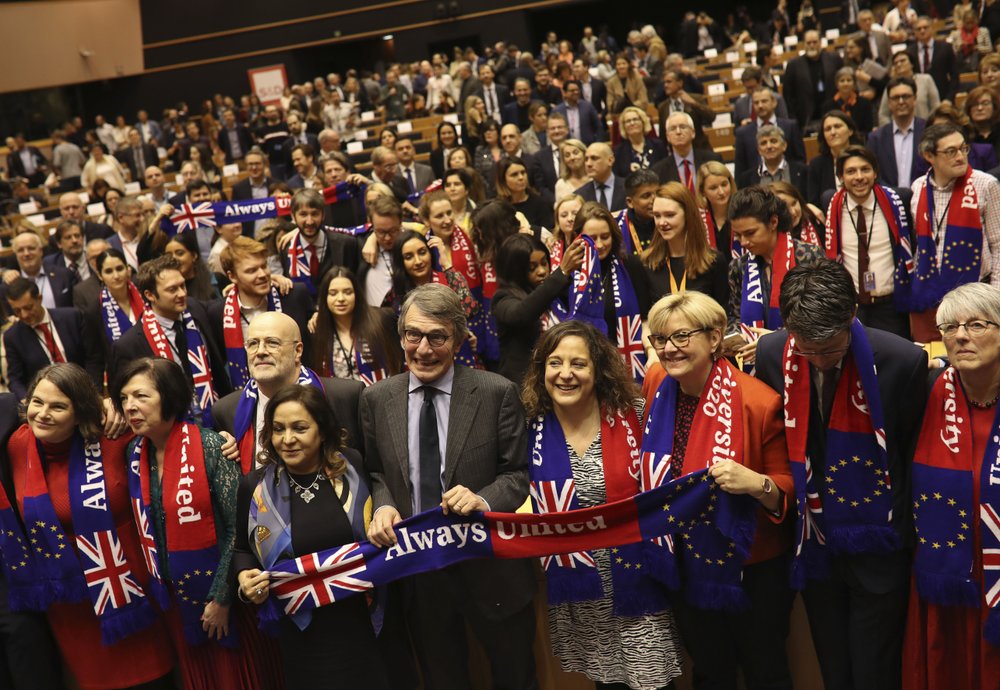 SAINT-MARTIAL-SUR-ISOP, France (AP) — For many Britons living in towns and villages across Europe, the stroke of midnight Friday will mean losing the right to vote and run for office, with Brexit acting as an electoral guillotine on those privileges.

From being active participants in the communities where they have sunk roots and pay taxes, British expatriates in France, Germany and elsewhere in the European Union will suddenly find themselves on the outside, with no say.

Andrew Nixey must give up his seat on the elected council in Saint-Martial-sur-Isop, the village in west-central France where he has lived and raised cattle for 20 years.

“The fact that we can’t vote is illogical,” he said in an interview in the kitchen of his lovingly restored farmhouse, after a lunch of homemade bread, soup and British cheeses. “We pay taxes, why should we not vote?”

In the German village of Brunsmark, Brexit is forcing Scotsman Iain Macnab to cut short his third term as mayor that wasn’t due to end until 2023. German authorities told him last year that his voting rights and, with them, his mayorship of the village of 170 people must end with Britain’s EU exit.

“The guillotine is there,” Macnab said in a phone interview. “I will have a glass of sparkling wine with the local council on Friday and then thank them for doing an excellent job and I will disappear into the twilight, ride off into the sunset.”

Many details of Britain’s separation from the EU still must be sorted out, and there won’t be a lot of visible changes on Saturday, after the tortuous divorce finally becomes official.

But the loss still will be felt especially hard by Britons who left their island nation long ago to make new lives on the continent. Already disenfranchised by British electoral law, which prevents expats from voting in the United Kingdom after 15 years overseas, Brexit will for many usher in an uncertain future with no ability to vote anywhere.

The problem could be fixed by becoming citizens of where they’ve chosen to live — an often drawn-out process. But some expats don’t meet the requirements, some have applied but are still awaiting the paperwork, and some simply don’t want to become French, German or whatever.

Still others haven’t gotten around to it, waking up late to the fact that they’ll soon have nowhere to vote at all.

Macnab said he doesn’t want to be a German citizen despite having lived in Germany for 40 years, because he may choose to move back to Scotland someday.

“I have been 70 years a Scot,” he said. “I don’t want to ruin the chance of going back to Britain and being covered by the National Health Service.”

The right for all EU nationals to vote and stand in municipal elections where they live, even if they’re not citizens of that country, was enshrined in the 1992 Maastricht Treaty that established the EU.

But rules in Europe are not uniform for non-EU citizens, which is what Britons will become after Friday night. Some countries allow non-EU citizens to vote in municipal elections. So even after Brexit, Britons should still have a voice at the local level in Denmark, Finland, Sweden, the Netherlands and in two cities in Slovakia. In Finland, they will need to have been residents for two years, while the residency requirement is five years in the Netherlands.

Britain also has been negotiating directly with other EU nations to extend the ability of British expatriates to vote and run for office after Brexit. The British government says it has deals with Spain, Portugal and Luxembourg and is continuing talks with others. It says British expats should also still be able to vote locally in Belgium, Estonia, Ireland, Lithuania, Malta and Slovenia.

But they’ll no longer be able to vote or stand locally in France, which has tens of thousands of long-term British residents and many more part-time residents of vacation homes.

The French Interior Ministry says 757 Britons serve on municipal councils, more than any other expatriate group. They will keep their seats until municipal elections in March, but they’ll not be able to run or vote then if they haven’t gotten French citizenship.

For Briton Elaine Bastian, that’s a blow. She has been proud to serve as an elected councilor since 2014 in the village of Blond, with 700 people and a fortified medieval church.

“I do feel robbed, almost, of my little crown, my hat of responsibility,” she said in an interview. “It makes me angry more than anything. I really don’t like other people being able to make my life choices. It was my life choice to be a councilor.”

Nixey says his application for French citizenship is stuck somewhere in a Brexit-induced backlog. He is not optimistic that he’ll get it in time to stand again for re-election in Saint-Martial-sur-Isop. He says that serving on the village council, dealing with the minutiae of local services like trash collection and road repairs, helped integrate him and his wife, Margaret, into the rural community where they raised two children.

He also feels it allowed him to play a bridge-building role between newly arrived Britons and their French neighbors. About one third of the 140 residents of Saint-Martial and its immediate surroundings are British, many attracted by cheap housing and land. Nixey worries that communication will suffer if he’s not around to translate and help smooth out problems and misunderstandings.

“It’s one more wall being built to prevent the further integration of people,” he said. “It is a real shame. I know the ropes. My French is good enough.”

Saint-Martial Mayor Pierre Bachellerie says excluding the British expats will be “a big loss” for his other and other villages that have been revived by arrivals of British workers and retirees.

“What really upsets me is that they repopulated our villages. We are lucky to have them,” he said. “For me, it’s an aberration that they can no longer vote.”

Image: European Parliament President David Sassoli, center, stands with other British MEP’s and members of the political group Socialist and Democrats as they participate in a ceremony prior to the vote on the UK’s withdrawal from the EU at the European Parliament in Brussels, Wednesday, Jan. 29, 2020. The U.K. is due to leave the EU on Friday, Jan. 31, 2020, the first nation in the bloc to do so. (AP Photo/Francisco Seco)

Brexit to be sealed with final Brussels vote