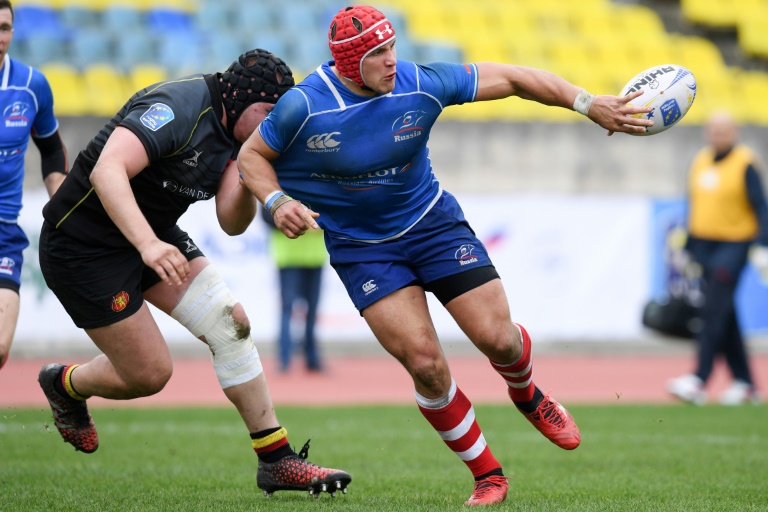 Could Russia one day be a major player in world rugby? The national team has qualified for the World Cup for just the second time in its history and a new coach says the country is full of potential.

“You’d be surprised how much promise there is in Russia,” says Lyn Jones, a former Welsh international who was brought in to oversee the Russian side in August last year.

When the 54-year-old ex-flanker began talks with the Russian Federation, there was little question of participation in the World Cup to be held in Japan this autumn.

But after Spain, Romania and Belgium were disqualified for using ineligible players at the qualification stages, the little-tried Russian side found itself thrust into the international spotlight.

Jones, capped five times for Wales, told AFP the qualification was unexpected but that the team “can get to a standard which will be competitive and respectable”.

Since arriving in Russia, Jones has been traveling the country to meet local coaches and watch matches with a view to regenerating the national team.

The Russian league contains just eight clubs, which are spread across the world’s largest country.

The top two, Yenisey-STM and Krasny Yar, are based in Krasnoyarsk, a Siberian city some 2,000 miles (3,400 kilometres) east of Moscow.

And Russia’s harsh winter forces play to stop for a large part of the year.

Nonetheless Jones remains satisfied with what he has seen.

“They don’t realise how good they are,” he says as he watches a training session in Sochi, a Black Sea town where the side is preparing for the Europe International Championships.

“With belief and more understanding, then they can achieve such great things,” the coach says, adding that he has found three areas that need work.

“Fitness is a problem, some concentration, and playing under pressure are three things we’re looking towards improving.”

In Japan, where the World Cup will run from September 20 to November 2, the goal will be to win at least one match.

A near-impossible mission in the face of Ireland or Scotland, the two top teams in their group, but Russia fancies its chances against the host nation or Samoa.

But the task given to Jones extends well beyond the tournament.

“There’s a very real feeling that our team has not yet reached its limits, that we can improve it,” says team official Sergei Markov.

Russia has high-quality infrastructure in Sochi, where the men’s and women’s teams train in the same venues. But schools that play rugby are thin on the ground and travel between them for matches is often impossible because of the size of the country.

As a result, many young people give up on training or lack certain skills.

“We need a real system to prepare young people… so that they have the necessary techniques and arrive in the national team already prepared,” Markov added.

Taguir Gadzhiev is an example of the potential of Russian rugby.

Originally from Dagestan, his sport of choice was previously Mixed Martial Arts (MMA), which are extremely popular in the Caucasus republic.

“I started playing rugby when I was 18. Before that I hadn’t even heard of it,” the 24-year-old second row says. Coaches praise his speed and says he has a huge capacity for improvement.

“Lyn Jones asks for complete dedication but, more than that, he wants us to be able to read the game. To understand the game in two seconds, to work out what’s going on,” Gadzhiev adds.

The sport in Russia also suffers from a serious lack of visibility.

Overshadowed by a motorway, even the small Sochi stadium was not full when the Russian side crushed Belgium 64-7 in February in a European championship game.

During the football World Cup last year it served as a training ground for the Brazilian team, and each time they appeared there it led to traffic jams as motorists strained for a view.

Sitting on the roof of the stadium for a clear view of his players, Jones is optimistic about Russia’s chances in the autumn tournament and beyond.

“With a plan… anything is possible,” he says.