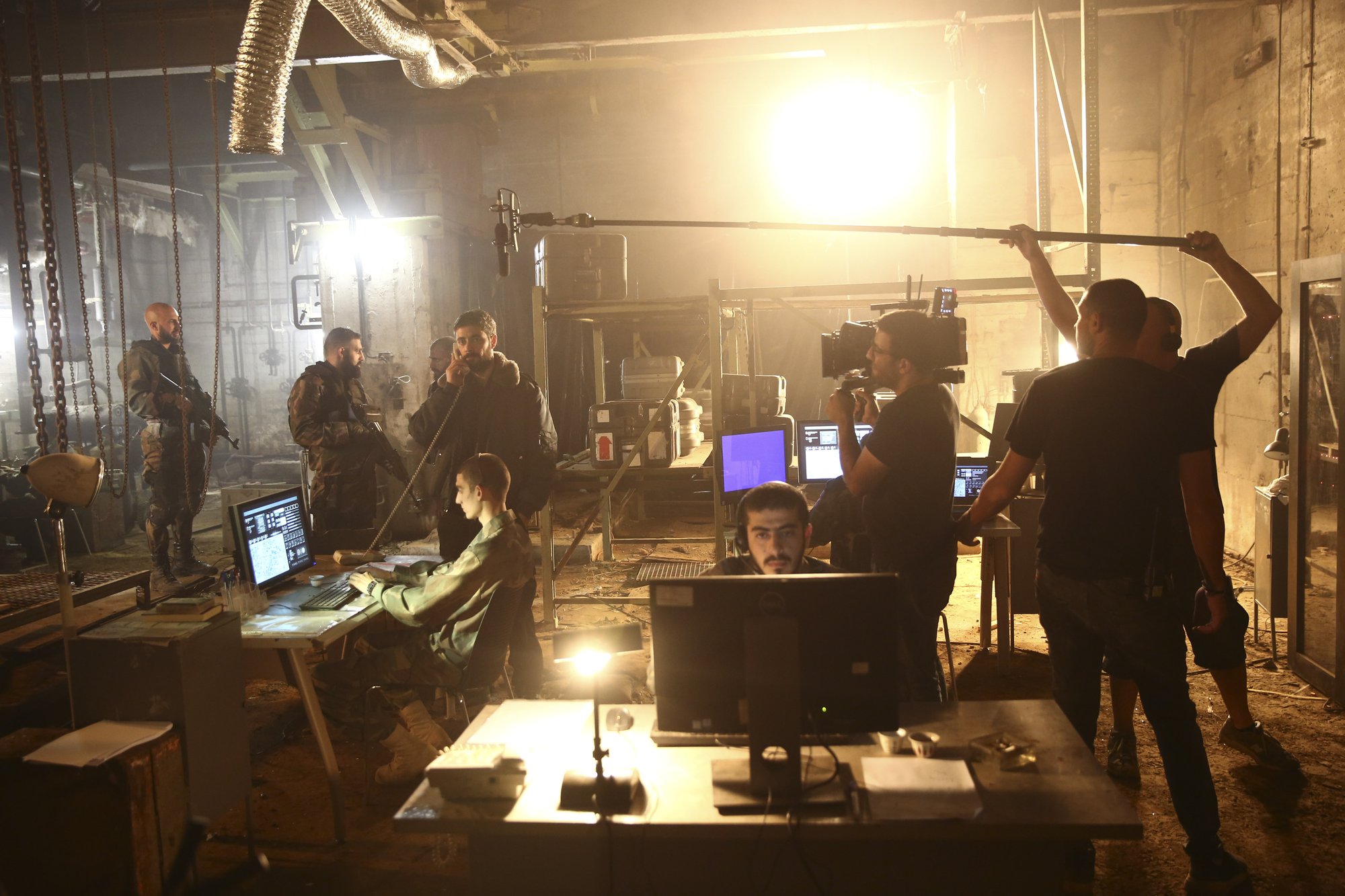 JERUSALEM (AP) — The creators of Israel’s hit TV show “Fauda,” the action series that chronicles the adventures of undercover Israeli commando operatives in the Palestinian territories, are gearing up for their most ambitious mission yet: Gaza.

After two successful seasons, co-creators Avi Issacharoff and Lior Raz are in the thick of filming their much-anticipated third season, which centers on the Gaza Strip, where the show’s lead character poses as a Palestinian boxing instructor to infiltrate the senior ranks of the Hamas militant group.

The Netflix release date hasn’t been revealed, but the season trailer debuted this week.

Gaza, a crowded Palestinian enclave ruled by Hamas, is off limits for the Israeli creators. Although Gaza borders Israel, it’s a world away — crippled by an Israeli-Egyptian blockade imposed after Hamas seized power from the internationally recognized Palestinian Authority in 2007.

The blockade, which Israel says is needed to prevent Hamas from arming, has crushed Gaza’s economy and brought the territory to the brink of humanitarian disaster. For over a decade, Gaza’s 2 million people have suffered from rising poverty and unemployment, undrinkable water and frequent electricity outages.

Israel has forbidden its citizens from entering the territory since withdrawing from Gaza in 2005. The following year, Israeli soldier Gilad Schalit was captured in a cross-border raid and held captive by Gaza militants for five years. Since the Hamas takeover, Israel has fought three full-blown wars and numerous bloody skirmishes with Palestinian militants.

“We cannot go to Gaza of course to shoot it, so this is why it’s so challenging to find the right places that give the feeling that we’re almost there,” said Issacharoff, a veteran Arab affairs journalist. He added that the past decade of Israel’s on-and-off wars with Gaza has made it a highly combustible subject for the Israeli public.

The series, which dramatizes the intractable Israeli-Palestinian conflict that many of its spectators live out every day, was never billed as escapism. It has won rave reviews for what many say is a realistic and nuanced look at life in the region.

The show’s new setting of Gaza appears to be a case of art imitating life. Just last fall, a covert Israeli operation in Gaza went awry, setting off a fierce battle that left eight Palestinians and an Israeli officer dead and triggered a brief but intense round of cross-border fighting.

Besides shootouts and chases, the show delves into the personal lives and minds of the Israeli commandos and Palestinian militants, often depicting their motivations and family struggles in a sympathetic manner. For both Israeli and Palestinian spectators, it provides a glimpse, even if fleeting, into the human experiences on the other side of the separation barrier and the decades-old conflict.

“We’re trying to bring the human side of them as characters, as family people, with kids, with love, with every challenge that we have as human beings,” said co-creator and lead actor Raz.

The show doesn’t have any Palestinian writers, according to a spokesman for the Yes satellite network, which, critics say, limits its capacity to truly explore both sides.

The Palestinian-led movement that promotes boycotts of Israel has asked Netflix to nix the series, calling it an “Israeli propaganda tool that glorifies the Israeli military’s war crimes.”

Bishara Halloun, an Arab citizen of Israel who studies at Hebrew University, said that although he devoured both seasons and has many Palestinian friends who enjoy the show, he felt a creeping sense of unease as the series progressed.

“You leave with the stereotypical image about Palestinians, and about Arabs in the Middle East, that with their bombs and guns, they’re the antagonists,” he said. “I felt a little offended. Even if the Israeli soldiers use brutal tactics, they’re the show’s heroes. If you’re a local, you know the truth is somewhere in between.”

More than anything, it’s a gritty thriller and a blockbuster hit, aimed especially this season at attracting an international audience.

“The show is just an attempt by us, by Lior and myself, to be a good show, to be a good drama,” said Issacharoff. “I would say that none of us has the intentions of changing reality or bringing peace to this planet. Especially when we’re dealing with the Israeli-Palestinian conflict, it’s kind of mission impossible.”

Photo: In this Thursday, May 30, 2019 photo, a crew films a scene on the set of Israel’s hit TV show “Fauda,” in Tel Aviv, Israel. After two successful seasons, co-creators Avi Issacharoff and Lior Raz are hard at work on their much-anticipated third season, a good portion of which takes place in the Gaza Strip. The season debut date for the Netflix hit hasn’t been revealed, but the trailer is being released this week. (AP Photo/Oded Balilty)

During Ramadan, late-night gyms boom in the Gaza Strip