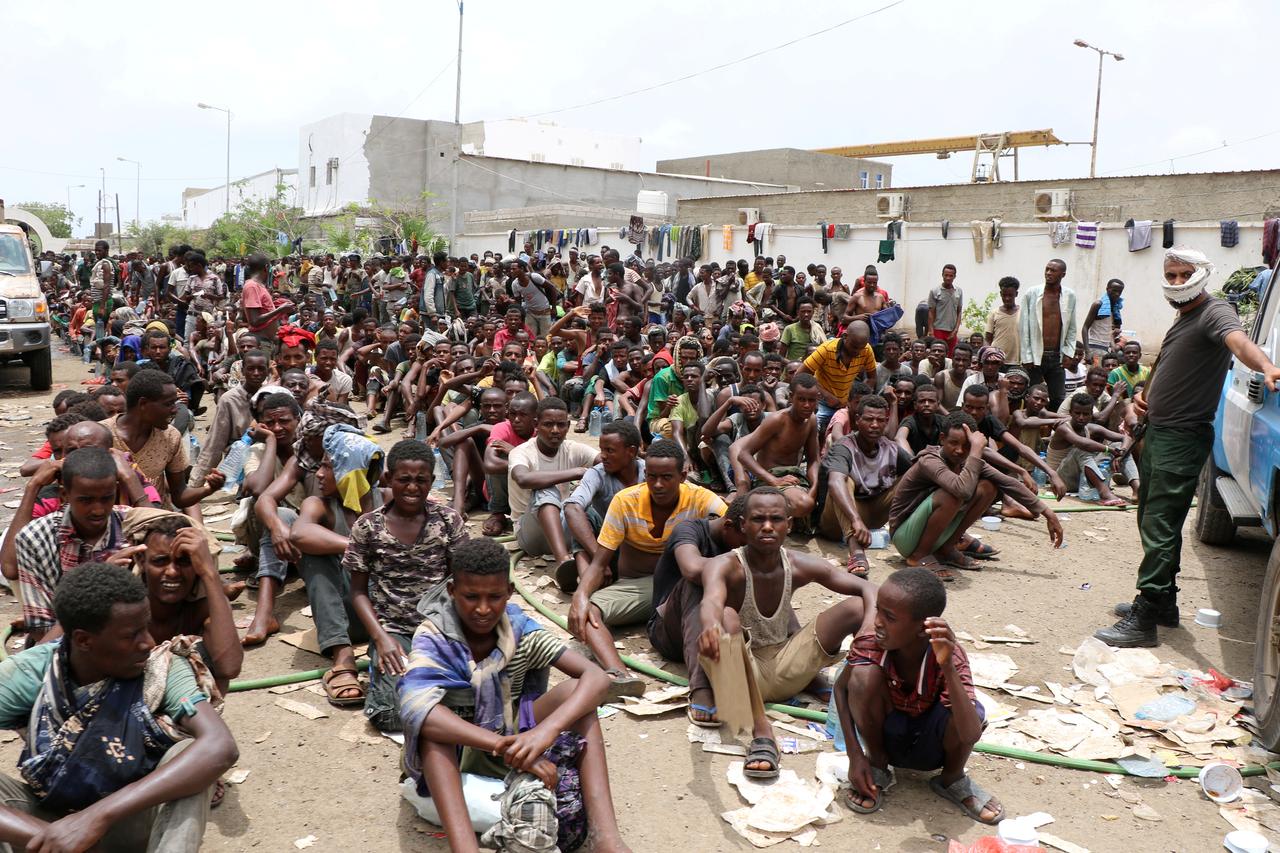 GENEVA (Reuters) – Yemeni authorities have rounded up about 3,000 irregular migrants, predominantly Ethiopians, in the south of the country, “creating an acute humanitarian situation,” the UN migration agency said on Friday.

“IOM is deeply concerned about the conditions in which the migrants are being held and is engaging with the authorities to ensure access to the detained migrants,” the International Organization for Migration said.

The migrants are held in open-air football stadiums and in a military camp, it said in a statement.

The detentions began on Sunday in the city of Aden and the neighboring province of Lahj, which are under the control of the internationally recognized government backed by Saudi Arabia and the United Arab Emirates. Iran-aligned Huthi rebels control Sanaa, the capital, and other major urban centers.

Both sides are under international diplomatic pressure to implement a United Nations-sponsored ceasefire deal agreed last year in Sweden and to prepare for a wider political dialogue that would end the four-year-old war.

Thousands of migrants arrive in Yemen every year, mostly from the Horn of Africa, driven by drought and unemployment at home and lured by the wages available in the Gulf.