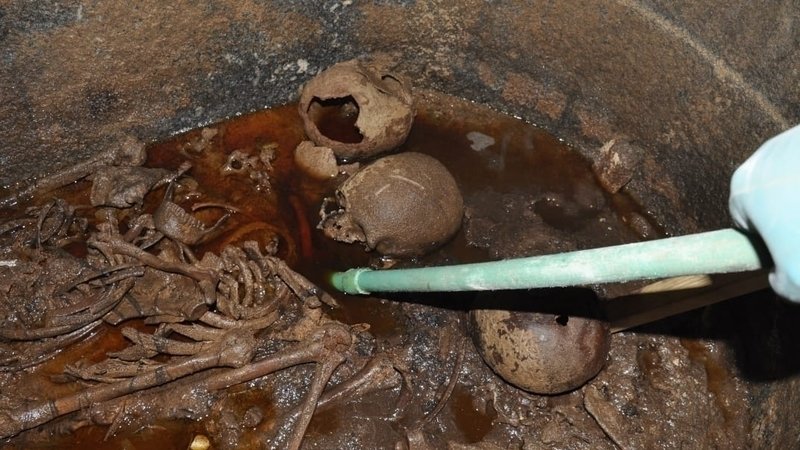 An online petition with the support of thousands of people across the globe is urging the Egyptian government to let them drink the strange red water found in the sarcophagus recently opened last Thursday in Alexandria.

Upon opening the black granite sarcophagus, archaeologists found three skeletons and a red liquid speculated to be sewage water that leaked into the coffin, causing the mummies to decompose according to an Egyptian Ministry of Antiquities report.

This hasn’t stopped people from believing that the sarcophagus might still be supernatural in nature, prompting a twitter user to launch this petition which quickly went viral.

“We need to drink the red liquid from the cursed dark sarcophagus in the form of some sort of carbonated energy drink so we can assume its powers and finally die,” the petition says.

Its goal of 25,000 signatures has successfully reached 17,597 in just three days from launch.

On the petition numerous users showcased their support for the initiative, with one writing that “personally, i am flattered by this petition and fully support it, please sign and let us begin a new era of darkness with me, the skeleton king himself, as your overlord”.

On July 1, a large black granite sarcophagus was accidentally unearthed in an Alexandrian construction site. It was found at a depth of 5 meters and dates well over 2,000 years ago, likely at the Ptolemaic era between 305 BC and 30 BC.

Speculation ran wild across the globe following the discovery as the unique specifications of the tomb prompted some experts to believe the sarcophagus belongs to none other than Alexander the Great, whose tomb has yet to be uncovered.

However archaeologists dashed hopes that the sarcophagus might contain the remains of Alexander the Great, finding instead the mummies of what appeared to be a family of three.

The unmarked tomb in Alexandria did not likely belong to any other notable ruler in the Ptolemaic period (332 BC-30 BC) associated with Alexander the Great, or the subsequent Roman era, Mostafa Waziri, secretary-general of the Supreme Council of Antiquities said.