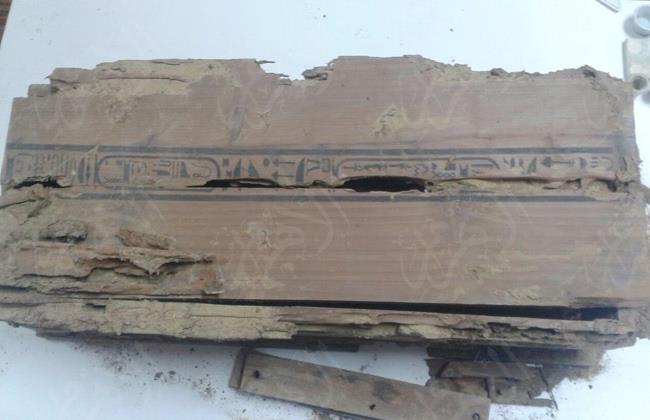 Ashmawy explained that the first well leads to a small room containing two small rectangular coffins, made out of wood but in poor condition, with two small mummies likely to have been two birds. In addition to this, three spherical coils containing bowels of mummies were found, and 22 symbolic utensils modeled on Egyptian faience.

Studies found that the lid of the first coffin was engraved with a cartouche of King Ptolemy IV, and the second coffin engraved with unclear Hieroglyphic writings.

Ashmawy clarified that the second and third well contained the parts of two coffins for two birds, shaped by black resin and engraved with hieroglyphic writings of one of the Ptolemaic kings, in addition to 18 symphonic utensils.