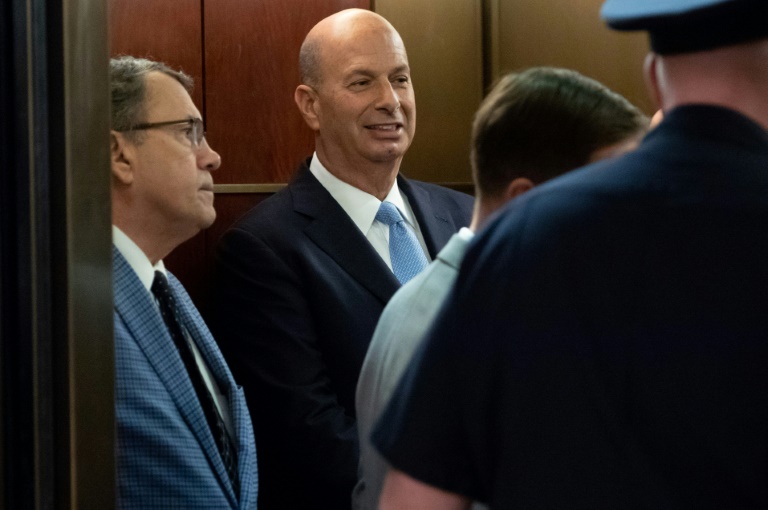 In some of the most damning evidence to the House impeachment inquiry of Trump yet, Gordon Sondland, the US ambassador to the European Union, said he told a senior Ukraine official that US military aid would likely not be released until Kiev made clear it would investigate Biden and his son’s ties to Ukraine energy firm Burisma.

Sondland admitted he laid out the allegedly illegal quid pro quo, which Trump has repeatedly denied, in a September 1 discussion with Andriy Yermak, a top advisor to Ukrainian President Volodymyr Zelensky.

He said it was the culmination of months of pressure placed on Kiev, primarily via Trump’s personal lawyer Rudy Giuliani, to open “anti-corruption” investigations into the Bidens and into Trump’s unfounded belief that Ukraine assisted the Democrats in the 2016 election.

Sondland told Yermak “that resumption of US aid would not likely occur until Ukraine provided the anti-corruption statement that we had been discussing for weeks,” he told investigators.

Sondland, appointed ambassador by Trump after donating one million dollars to his inauguration, was fully aware of the linkage made between the $391 million in US military aid and Ukraine helping Trump prepare to fight for reelection next year.

“I presumed that the aid suspension had become linked to the proposed anti-corruption statement” Zelensky was told to make regarding Biden and 2016 probes.

Sondland admitted to impeachment investigators that he understood the linkage was “improper.”

Asked if it was illegal, Sondland responded: “I’m not a lawyer, but I assume so.”

Image: AFP/File / SAUL LOEB US Ambassador to the EU Gordon Sondland, a key witness in the impeachment investigation of President Donald Trump

Army officer says he raised concerns about Trump and Ukraine