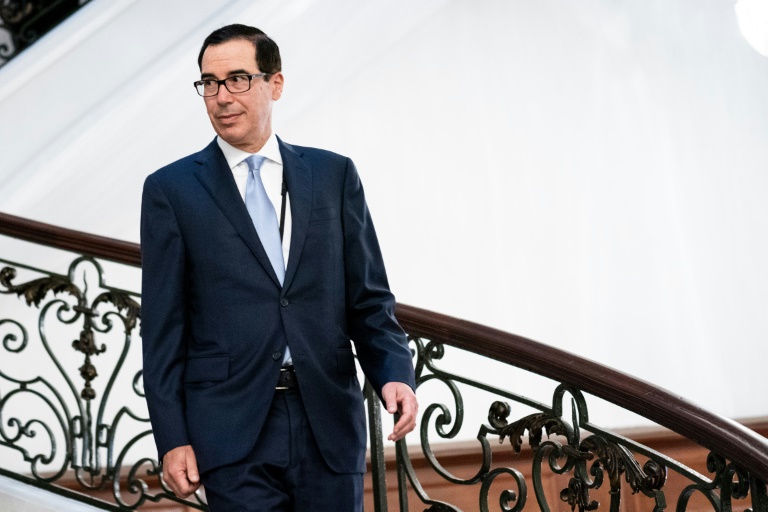 Donald Trump’s top aides on Sunday downplayed the idea of US companies being forced to abandon China any time soon, as an edict from the president ordering businesses to start looking for alternatives has been met with skepticism.

Treasury Secretary Steven Mnuchin and White House economics advisor Larry Kudlow took to the airwaves from France, where Trump is participating in the G7 summit, to smooth out tensions in the business community prompted by Trump’s Friday tweet.

Trump said he has “no plan now” to bring US companies in line, and his aides quickly reinforced the message.

“He would have the authority to do that… He has not done that,” Mnuchin told “Fox News Sunday.”

The law grants the president powers to regulate international trade in the face of an “unusual and extraordinary threat” from abroad to US foreign policy, national security or the economy.

But it has never been used to tip the scales in a trade dispute.

“I think what he was saying is that he is ordering companies to start looking,” he added.

The Trump administration wants US businesses to operate in places where “trading partners respect us and trade with us fairly,” Mnuchin added.

Senior Trump aide Stephen Miller said in an interview with Fox News: “No American business ought to be wholly dependent on China. It’s not a good long-term investment.”

‘Come back to the USA’

On Friday, Trump — furious about Beijing’s decision to hike tariffs on US goods — sounded the alarm to homegrown companies just before announcing a planned escalation in tariffs on Chinese imports.

“Our great American companies are hereby ordered to immediately start looking for an alternative to China, including bringing your companies HOME and making your products in the USA,” he said on Twitter — sending Wall Street tumbling.

Jennifer Hillman, a professor at Georgetown University’s School of Law and a former general counsel in the office of the US Trade Representative, said on Twitter that she does not believe that Trump can invoke the IEEPA because he hasn’t met the “prerequisites.”

She also said there were no “retroactive controls” on foreign direct investment already made.

On Sunday, Kudlow emphasized: “There’s nothing right now in the cards.”

“Come back to the USA, where we have very low corporate tax rates and massive deregulation programs,” Kudlow said on CNN’s “State of the Union.”

“Our economy is doing just fine right now, and so come home.”

Already, some companies, especially in the clothing and electronics sectors, have started making adjustments to their supply chains and researching production sites outside China, in other countries with low-cost labor.

But business leaders have cautioned that such changes take time.

The National Retail Federation, though critical of China’s trade practices, offered a furious reaction on Friday to the latest salvos from the Trump administration.

“It’s impossible for businesses to plan for the future in this type of environment,” said senior vice president of government relations David French.

“The administration’s approach clearly isn’t working, and the answer isn’t more taxes on American business and consumers. Where does this end?”

For Gerald Seib, the executive Washington editor of The Wall Street Journal, Trump’s “order” was a sign of frustration from a president who nevertheless cannot stop the power of capitalism.

“This is a capitalist system and whether presidents like it or not, companies make decisions on what they do and they don’t do, what they buy and what they sell and where they make goods based on what’s in their own best interests,” Seib wrote.

“He can’t simply make it happen by snapping his fingers.”

Despite the uptick in tensions, Kudlow insisted that US-China trade talks would go ahead next month in Washington.

Image: POOL/AFP / Erin Schaff US Treasury Secretary Steven Mnuchin — seen here at the G7 Summit in Biarritz, France — says Donald Trump has the authority to force US companies to stop dealing with China, but has yet to exercise it

US, China to hold more trade talks after 'constructive' meeting

US, China wrap up trade talks after Trump tweetstorm

Huawei boasts growth despite US blacklist