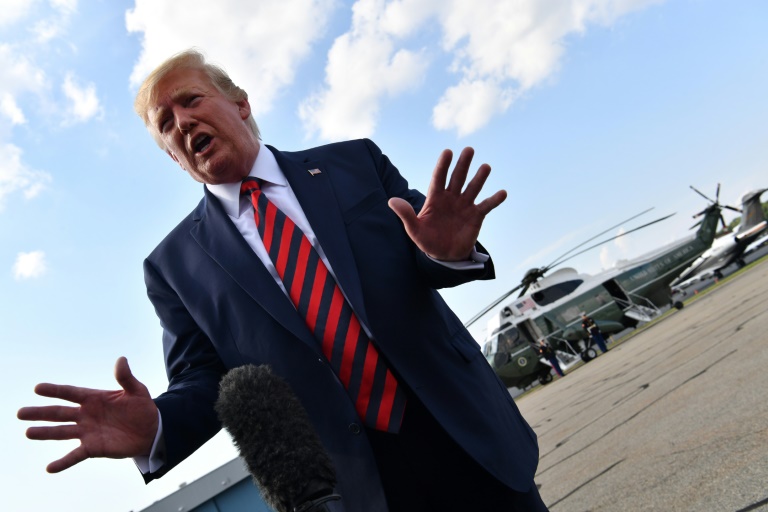 US President Donald Trump on Sunday confirmed his interest in buying Greenland, but said it was not a priority for his administration.

“It’s something we talked about,” Trump told reporters.

“The concept came up and I said certainly, strategically it’s interesting and we’d be interested, but we’ll talk to (Denmark) a little bit,” he said, stressing that it was “not number one on the burner” for the government.

The Wall Street Journal reported Thursday that Trump had expressed interest in the self-governing part of Denmark — which is mostly covered in ice — asking advisors if it would be possible for the US to acquire the territory.

The president, a former real estate magnate, has been curious about the area’s natural resources and geopolitical relevance, the paper said.

When asked if he would consider trading a US territory for Greenland, Trump replied that “a lot of things could be done.”

“It’s hurting Denmark very badly because they’re losing almost $700 million a year carrying it… and strategically, for the United States, it would be nice,” he added.

Denmark colonized the 772,000 square-mile (two-million square kilometer) island in the 18th century. It is home to only about 57,000 people, most of whom belong to the indigenous Inuit community.

Greenland’s ministry of foreign affairs insisted Friday the island was ready to talk business, but was not for sale.

“#Greenland is rich in valuable resources such as minerals, the purest water and ice, fish stocks, seafood, renewable energy and is a new frontier for adventure tourism,” it tweeted.

“We’re open for business, not for sale,” it added.

Image: AFP / Nicholas Kamm US President Donald Trump told reporters that buying Greenland was “something we talked about” but that it was not his administration’s top priority