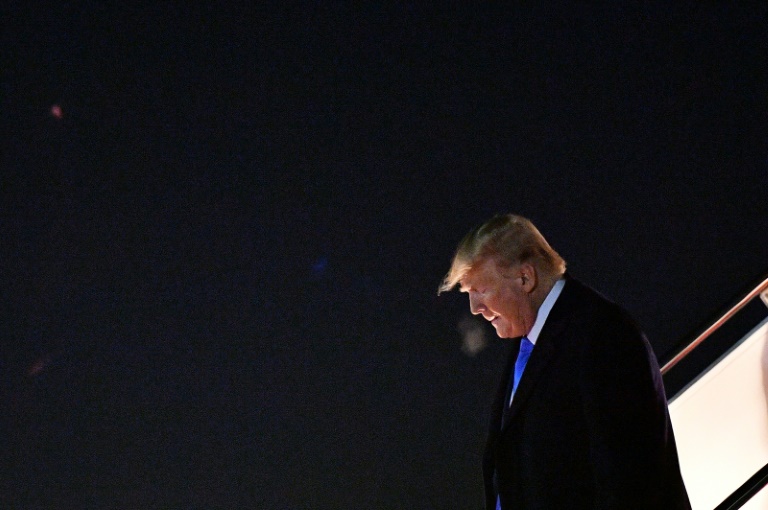 The impeachment proceedings against President Donald Trump in a sharply divided US Congress enter a new phase Monday when the House Judiciary Committee convenes a hearing expected to result in specific charges against the Republican leader.

Democrats accuse Trump of abusing his power by allegedly linking military aid for Ukraine and a White House meeting with President Volodymyr Zelensky to a request that Kiev investigate a potential 2020 rival, Democrat Joe Biden, and his son Hunter.

The real estate mogul president has ridiculed the inquiry as a “hoax” but Democrats believe they have, in the words of Judiciary Committee chairman Jerry Nadler, a “rock-solid case” showing that Trump put his personal political interests above those of the country.

“I think the case we have, if presented to a jury, would be a guilty verdict in about three minutes flat,” Nadler, an attorney by training, told CNN on Sunday.

The congressman, a long-time foe of Trump who hails from New York, did not rule out the possibility of a vote on impeachment in the Democratic-run House of Representatives by the end of the week.

“My goal is to do it as expeditiously, but as fairly as possible,” he said.

That would put the proceedings — which began in late September with the opening of the House investigation — on a fast track to a trial in early 2020 before the Republican-controlled Senate, where Trump is expected to prevail.

The president has repeatedly blasted the House inquiry as a partisan attack — he tweeted Sunday that the Judiciary hearings are part of a “hoax” by the “No Due Process, Do Nothing Democrats.”

Nadler will convene his committee at 9:00 am Monday (1400 GMT), to hear evidence from both Democratic and Republican lawyers from the intelligence and judiciary committees.

The White House — while complaining that Trump has not been afforded due process — has said that it will not seek to defend the president before the panel.

Nadler would not speculate on what might be included in eventual articles of impeachment, though speculation has centered on abuse of power and obstruction of justice.

But he described the central allegation as being that Trump “sought foreign interference in our elections several times, both for 2016 and 2020, and that he sought to cover it up” thus posing “a real and present danger to the integrity of the election” coming next November.

Nadler would not say whether the evidence that Russia meddled in the 2016 election, favoring Trump, would be included in the formal charges.

Intelligence Committee chairman Adam Schiff, who is managing the broader inquiry, told CBS on Sunday that there was “overwhelming evidence that the president sought to coerce Ukraine into interfering in our election” and, more seriously, “deeply sought to obstruct the investigation into that wrongdoing.”

Most Republicans have stuck with Trump as the affair has unfolded, saying there is no clear and direct evidence that he wrongly pressured Ukraine for personal political gain.

“They have no case for impeachment,” House Republican Whip Steve Scalise said on Twitter. “It’s all politics.”

The majority Democrats are of course expected to carry the vote — making Trump only the third president in American history to be impeached, after Andrew Johnson and Bill Clinton. Richard Nixon resigned before his impeachment came up for a vote.

Trump said Sunday that Democrats were trying to “change the rules” of impeachment — an apparent but unexplained reference to a 52-page report on the history and legal underpinnings of the process released by Democrats.

Republicans have demanded that Hunter Biden, as well as Schiff and the whistleblower at the origin of the inquiry, all testify, but Nadler has rejected those requests, saying the three are “irrelevant” at this point.

He rejected Republicans’ argument that direct evidence implicating Trump in any wrongdoing was lacking.

“The reason we don’t have more direct evidence is the president has ordered everybody in the executive branch not to cooperate with Congress in the impeachment inquiry, something unprecedented in American history, and a contempt of Congress by itself,” Nadler said.

“When 51 of us say we’ve heard enough, the trial is going to end. The president’s going to be acquitted,” he told Fox News.

Image: AFP / MANDEL NGAN US President Donald Trump could see a vote on his impeachment in the House of Representatives by the end of the week