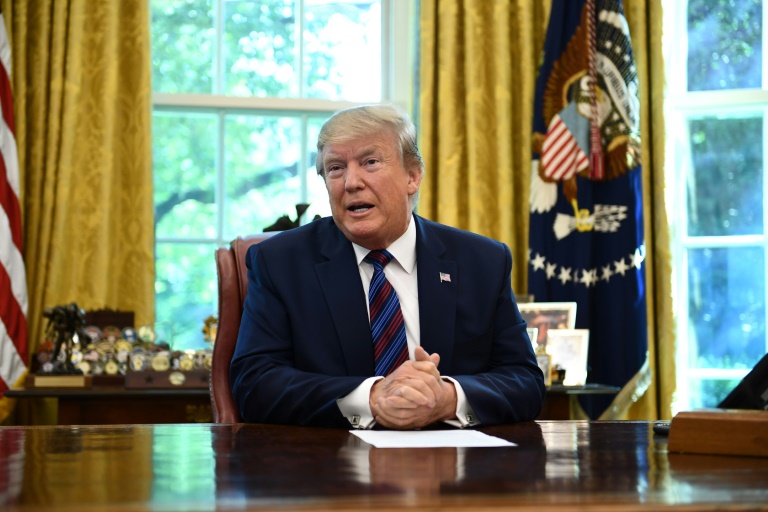 President Donald Trump said Friday he had spoken by phone with new British Prime Minister Boris Johnson and that discussions on a “very substantial” trade deal were already underway.

“I predict he’ll be a great prime minister,” Trump said, calling Johnson a “good guy” minutes after ending the conversation.

Trump said a bilateral deal with post-Brexit Britain could be “three to four, five times” bigger than current trade and once London is out of the European Union “we could do much more.”

In London, a Downing Street spokesperson said Trump and Johnson had “both expressed their commitment to delivering an ambitious free trade agreement and to starting negotiations as soon as possible after the UK leaves the EU.”

Johnson has touted Britain’s future as an independent trading country striking numerous bilateral deals outside of the massive EU alliance, which collectively negotiates with Washington.

“They needed him a long time,” Trump said of fellow conservative Johnson.