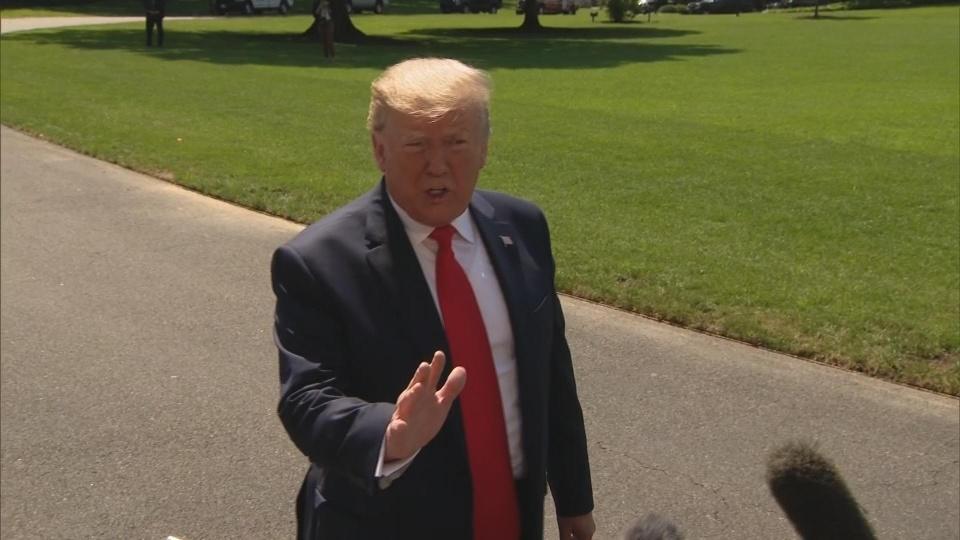 Trump, who has made a hardline immigration stance a key issue of his presidency and 2020 re-election bid, postponed the operation last month after the date was leaked, but on Monday he said it would take place after July 4.

“They’ll be starting fairly soon, but I don’t call them raids, we’re removing people, all of these people who have come in over the years illegally,” he told reporters at the White House on Friday.

US Immigration and Customs Enforcement (ICE) last month said operations would target recently-arrived undocumented migrants in a bid to discourage a surge of Central American families at the southwest border.

ICE said in a statement its focus was arresting people with criminal histories but any immigrant found in violation of US laws was subject to arrest.

Migrant rights groups said this generalized threat is harmful to communities, and the US economy, as it forces adults to miss work and children to skip school out of fear they may be picked up and separated.

“We have to be ready, not just when Trump announces it, because there are arrests every day,” said Elsa Lopez, an organizer for Somos Un Pueblo Unido, a New Mexico group which educates migrants on their civil rights and creates phone networks to send alerts if ICE enters their neighborhood.

The threatened raids come after migrant apprehensions on the southwest border hit a 13-year high in May before easing in June as Mexico increased immigration enforcement.

A rising number of migrants are coming from outside Central America, including India, Cuba and African countries. The Del Rio, Texas, Border Patrol sector on Friday reported the arrest of over 1,000 Haitians since June 10.

Democratic lawmakers visited an El Paso, Texas, Border Patrol station on Monday and said migrants were being held in “horrifying” conditions, with women told to drink out of a toilet.

To “dispel” what he called “the misinformation,” Chief Border Patrol Agent Roy Villareal put out a video showing fresh water available from a cooler and a faucet in a cell at a Tucson, Arizona, sector migrant processing center.

“We’re not forcing aliens to drink out of the toilet,” said Villareal, head of an area that in May apprehended nearly six times fewer people than the El Paso sector, a stretch of border that has borne the brunt of the migrant surge.

US border chief quits amid outcry over child detainees