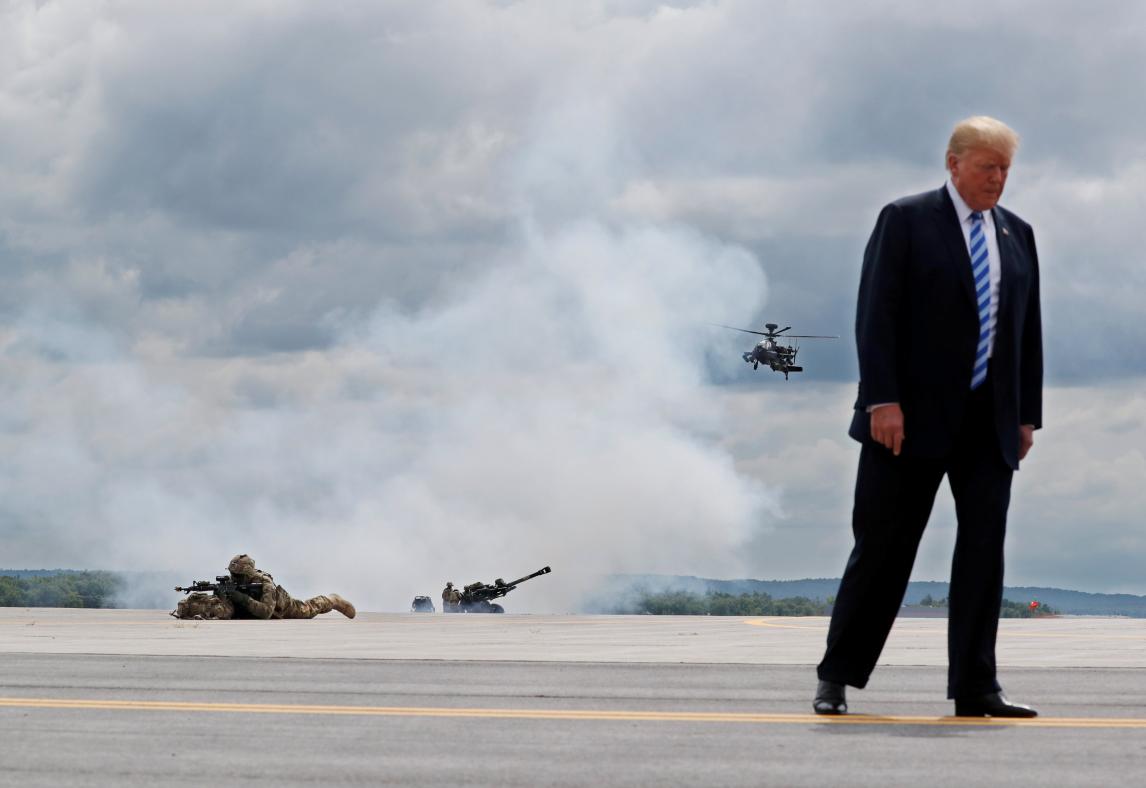 Trump signed the law at the US Army’s Fort Drum base in upstate New York on his way back to Washington after a 12-day working vacation at his golf club in New Jersey. The bill was named for one of Trump’s political critics, the ailing US Senator John McCain of Arizona, but he did not mention McCain’s name.

McCain said in a statement he was “humbled” the bill was named after him, adding that it will address “a growing array of threats.”

Trump later made a reference to McCain at a political fundraiser in Utica, New York, knocking him – as Trump does repeatedly – for voting against a bill to repeal parts of President Barack Obama’s signature healthcare reform law last year.

Even though Trump said the bill “is the most significant investment in our military and our war-fighters in modern history,” Obama’s first three defense budgets were larger, when adjusted for inflation, according to Todd Harrison at the Washington-based Center for Strategic and International Studies.

Some lawmakers wanted to use the bill to reinstate tough sanctions on ZTE to punish the company for illegally shipping products to Iran and North Korea, but the restrictions included in the final National Defense Authorization Act, or NDAA, that passed Congress were weaker than earlier versions of the bill.

Trump has lifted an earlier ban on US companies selling to ZTE, allowing China’s second-largest telecommunications equipment maker to resume business and putting him at odds with both Republican and Democratic lawmakers.

Leaders of US intelligence agencies have said they are concerned that ZTE, Huawei Technologies Co Ltd and some other Chinese companies are beholden to the Chinese government or Communist Party, raising the risk of espionage.

“It does nothing to identify real security risks or improve supply chain security, and will only serve to stifle innovation while increasing internet costs for US consumers and businesses,” Huawei said.

The White House opposed putting stronger measures against the companies in the bill, and the measures were softened before lawmakers held their final vote.

The NDAA does strengthen the Committee on Foreign Investment in the United States (CFIUS), which reviews proposed foreign investments to weigh whether they threaten national security. That measure was seen as targeting China.

The bill also directs the Secretary of Defense to study whether Turkey’s planned deployment of the Russian-made S-400 missile defense system will risk the security of several US-made weapons used by Turkey, including the F-35 jet. The mandate to produce a study came after an earlier version proposed to bar the delivery of F-35s to Turkey.

Prior to the ceremony Trump watched an air assault demonstration by US troops at Fort Drum.

Trump's trade beef with China may backfire on meat