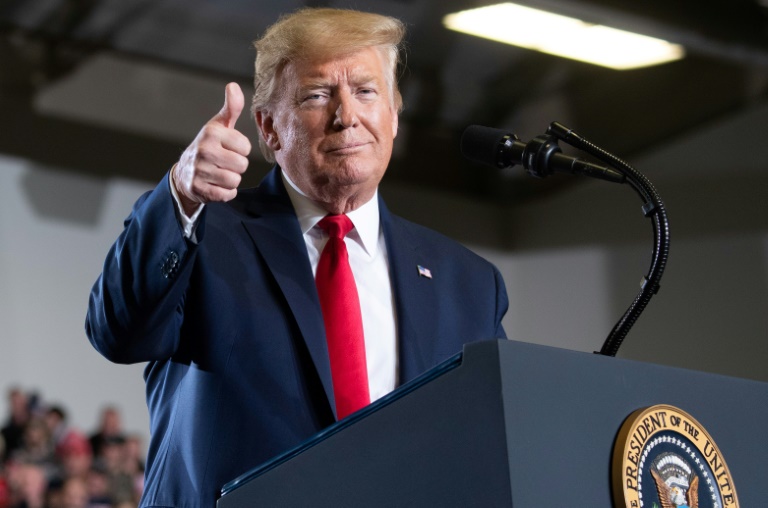 Trump submitted to the test after coming in contact with several members of a Brazilian presidential delegation visiting his Florida resort who have since tested positive for the virus.

“This evening I received confirmation that the test is negative,” the president’s physician Sean Conley said in a memo.

“One week after having dinner with the Brazilian delegation at Mar-a-Lago, the President remains symptom-free,” he said.

Trump, 73, had resisted being tested for the virus that has killed at least 51 Americans and upended the rhythm of daily life across the country, with millions working from home, schools shuttered and store shelves stripped bare.

The president on Friday declared a national emergency, one day before a 30-day ban on travel from the European Union’s Schengen border-free zone went into effect.

Image: AFP/File / SAUL LOEB US President Donald Trump remains symptom-free one week after a dinner with several Brazilian politicians who have since tested positive for coronavirus

Trump declares state of emergency in coronavirus-paralysed US

US declares emergency as new virus epicenter Europe locks down