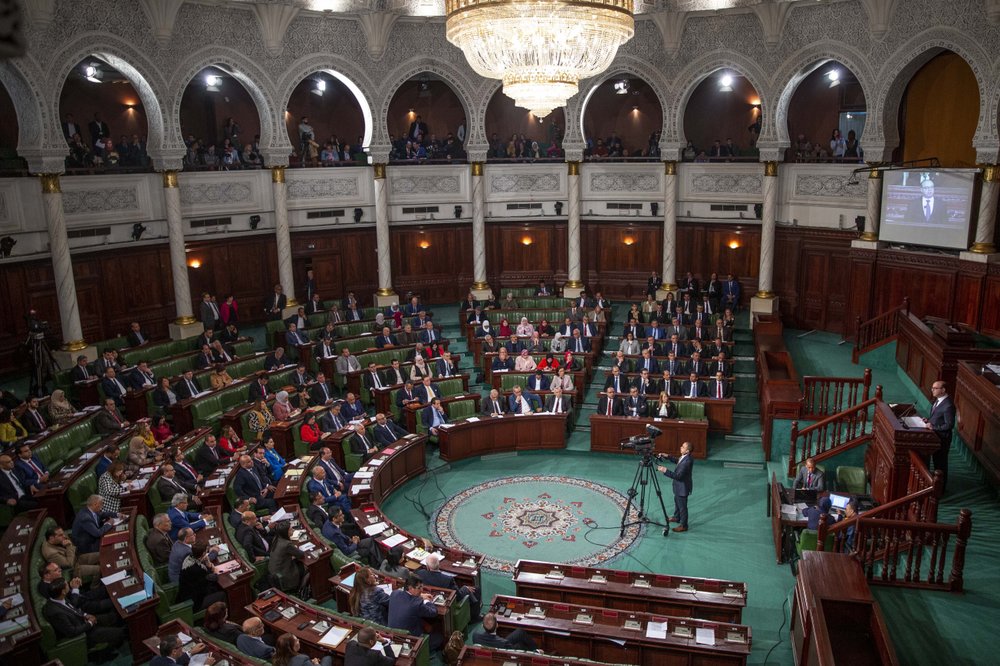 TUNIS, Tunisia (AP) — Tunisia has a new government at last, after four months of arguing among rival parties in the young North African democracy.

After a 15-hour debate, the Tunisian parliament voted 129-77 with one abstention to approve the government of Prime Minister-designate Elyes Fakhfakh early Thursday. A previous effort to form a government by a different prime minister failed last month.

The Islamist party Ennahdha has six ministerial posts, more than any other party, because it came out on top in a parliamentary election in October. But it didn’t win a majority and has struggled to reach compromise with other parties about who should run the government.

President Kais Saied had threatened to dissolve parliament and call a new election if it couldn’t agree on a new government. Tunisian union and business leaders intervened, organizing weeks of shuttle diplomacy to try to get rival parties to agree on a compromise solution.

Six of the 30 new government ministers are women, and for the first time one holds one of the most senior posts, Justice Minister Thouraya Jeribi.

The prime minister said the government’s focus will be on boosting the digital economy and tackling unemployment and violent extremism. He also wants to combat widespread disillusionment nine years after Tunisian protesters overthrew their autocratic leader, built a new democracy and unleashed uprisings across the region known as the Arab Spring.

“If we have made significant progress on the road to democratization, we are still very far from social and economic transition,” he told lawmakers during the debate.

He noted that nearly 1 million young people, including more than 200,000 with college degrees, are now unemployed, prompting many to leave the country — legally or illegally — to seek a better life elsewhere.

“The 11 million Tunisians must get to work and roll up their sleeves to build the country,” he said.