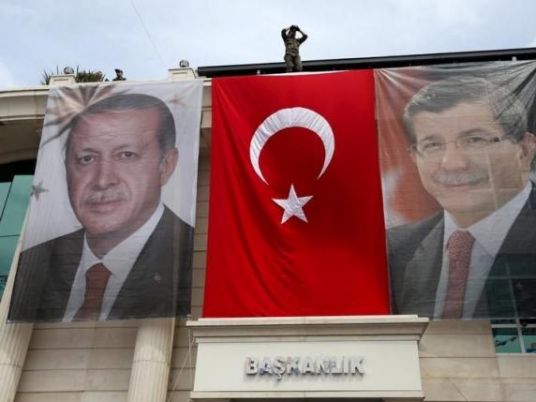 Turkey could hold a referendum on changing the constitution and introducing a presidential system before the spring, its justice minister said on Friday, days after the government revived plans that would hand incumbent Tayyip Erdogan greater powers.
The stronger presidency long wanted by Erdogan is a deeply divisive issue in Turkey, with his supporters adamant it will give the nation of 78 million the strong leadership it needs, but opponents afraid of creeping authoritarianism.
"If the parliament puts the issue on its agenda and makes a quick decision, the referendum will be brought to the people quickly, even before the spring," Justice Minister Bekir Bozdag told the Kanal 24 television station.
The two biggest opposition parties, the secularist Republican People's Party (CHP) and the pro-Kurdish Peoples' Democratic Party (HDP), both oppose ending Turkey's parliamentary system and some opinion polls in the past have shown a majority of Turks do not want the change.
But Erdogan has ridden a wave of patriotism since an abortive coup failed to oust him on July 15, consolidating both his power and popularity. A poll two weeks after the attempted putsch showed him with two-thirds approval, his highest ever.
Earlier this week, the nationalist MHP opposition appeared to signal it would back a presidential system, meaning the plan could win enough support in parliament to go to a referendum.
"From (MHP leader Devlet) Bahceli's comments, I had an understanding that he would back the presidential system proposal in its parliament process," Bozdag said.
He said the proposal would retain parliament in its current form, and protect Turkey's unified structure.
Worries about renewed uncertainty in the run-up to a referendum helped drive the lira to a record low this week. The currency was trading at 3.0945 to the dollar by 0835 GMT, compared to Thursday's all-time low of 3.1130.