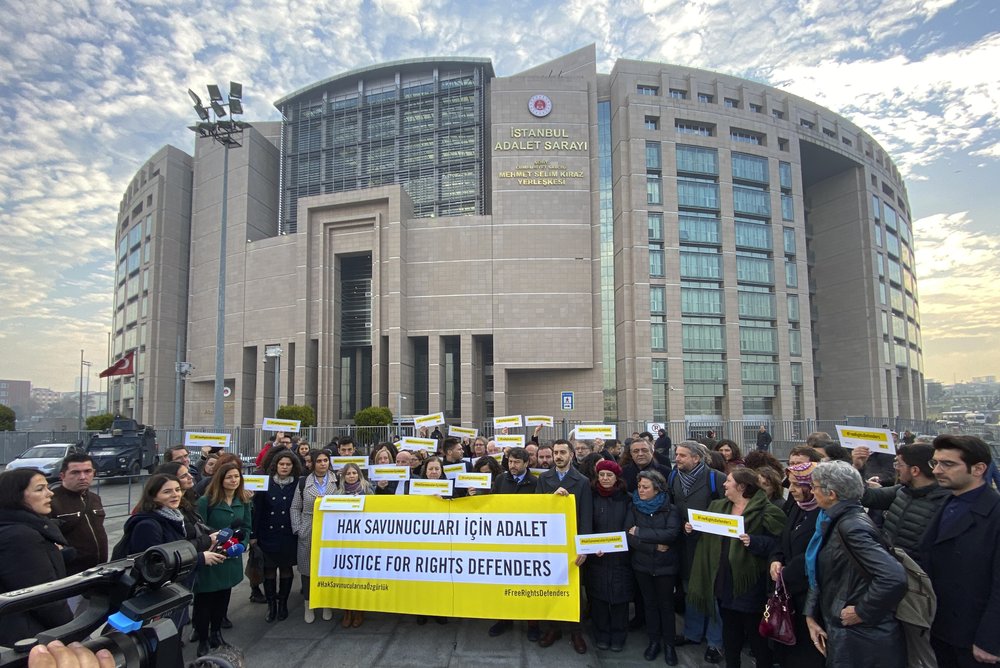 ISTANBUL (Reuters) – Turkish authorities have issued detention warrants for 101 people including lawyers and doctors as part of what they called terrorism-related investigations, a security source and state-owned Anadolu news agency said on Friday.

Authorities launched the operation from the southeastern province of Diyarbakir and sought suspects across four cities and a total of 106 residential addresses, the source said.

Seventy-four suspects have already been detained, the source said.

The suspects were believed to be connected to the Democratic Society Congress, which the source and Anadolu defined as the legislative arm of the outlawed Kurdistan Workers Party (PKK) militant group.

On Thursday, Erdogan’s close ally and former deputy prime minister, Bulent Arinc, emphasised the importance of the justice system in an interview. [nL8N2I61BK]

“These raids are the opposite of the kind of reform that Arinc spoke of only last night, where detention is exceptional and judges take ‘pro-freedom decisions,’” Buyum wrote on Twitter.

She said the DTK was a Kurdish umbrella organization for civil society.

The PKK, designated a terrorist group by Turkey, the United States and European Union, has fought against the state in the southeast since 1984. A ceasefire collapsed in 2015.

The Ankara state prosecutor’s office ordered the detention of 60 people in September, including 48 lawyers and others in the legal sector, suspected of operating in support of the network of US-based Muslim cleric Fethullah Gulen. That drew criticism from Turkish and international lawyers’ groups.

Turkish and international human rights activists speak to the media before the trial of the Amnesty International’s former Turkey chairman and 10 other activists, in Istanbul, Wednesday, Feb. 19. 2020. A court in Istanbul will hand down verdicts for defendants in the closely-watched trial on charges of belonging to or aiding terror groups. The case against activists heightened concerns about Turkey’s treatment of human rights defenders. (AP Photo)