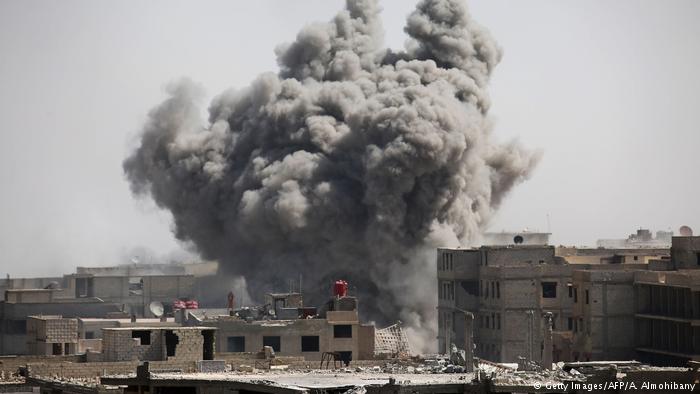 After Angela Merkel broke her silence on Turkey’s Afrin offensive and condemned the attack, Ankara rejected her stance as “unacceptable.” Merkel also decried the assault on Ghouta ahead of reports of evacuations.

Turkey dismissed Angela Merkel’s statements on the Afrin offensive as “far from reality” and “based on disinformation” after the German chancellor slammed Turkey in Germany’s parliament.

On Wednesday, Merkel criticized Turkey’s attack on Kurdish forces in Syria’s Afrin, which Ankara describes as an anti-terror offensive.

“Despite all justified security interests of Turkey, it’s unacceptable what’s happening in Afrin, where thousands and thousands of civilians are being pursued, are dying or have to flee,” Merkel told German lawmakers.

While Berlin has repeatedly hinted at its displeasure since the Afrin offensive started two months ago, Merkel’s Wednesday remarks were the first time the chancellor herself clearly condemned the attack.

Merkel also decried the attack on rebel strongholds in eastern Ghouta conducted by the Syrian regime forces. Specifically, she slammed Moscow for “just watching” the offensive that had reportedly claimed over 1,500 lives.

“We also condemn this in the strongest possible terms,” she said.

Responding to Merkel’s comments, the Turkish Foreign Ministry said it is “extremely strange” that “some of our allies are looking at the situation through the eyes of terrorists.”

“Operation Olive Branch is a role model on how to fight terrorism without inflicting civilian causalities,” the ministry said in a statement.

Turkish forces and their allies seized Afrin on Sunday, but announced they would continue their offensive east of the town.

Meanwhile, the Syrian regime was making gains in Ghouta as rebels agreed to give up the town of Harasta and evacuate after weeks of rocket fire and airstrikes. Damascus’ ally Russia negotiated the deal with the rebel group Ahrar al-Sham.

Damascus was not directly involved in the talks, Syrian Reconciliation Minister Ali Haidar told the AFP news agency. The agency also cited analyst Nawar Oliver, who claimed rebels were “not able to impose a single one of their conditions” on the evacuation agreement.

“Russia told them: that’s what’s on the table. If you like it, welcome. If you don’t like it, we’ll carry on with our ground offensive,” he said.

On Thursday, a Syrian army officer urged all rebels in the area to give up their resistance.