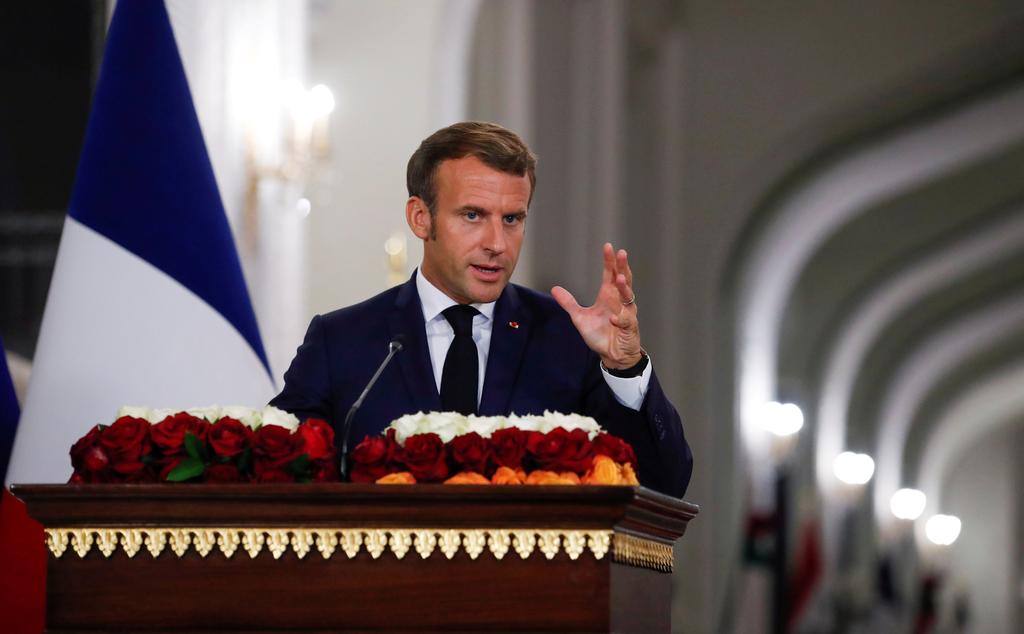 ANKARA (Reuters) – Turkey’s foreign minister said on Friday French President Emmanuel Macron had become “hysterical” over developments in the Libyan and Syrian conflicts and a dispute over maritime boundaries in the Eastern Mediterranean.

Relations between NATO allies Turkey and France have deteriorated over conflicting policies in Syria, Libya and Turkey’s dispute with Greece over energy resources, and the two sides have traded barbs in recent weeks.

Ankara accuses Paris of politically backing Libya’s Khalifa Haftar against the Tripoli-based government recognized by the United Nations, having previously given him military assistance to fight Islamist militants. Paris denies this.

Turkey and France also almost came to blows in June after a French warship attempted to inspect a Turkish vessel as part of a U.N. arms embargo against Libya.

Speaking to reporters in Ankara, Cavusoglu also said Turkey had thwarted French hope for Haftar to capture the Libyan capital by lending military support for the Government of National Accord (GNA), repelling Haftar’s assault in June.

“With that hysteria, he didn’t know what to do. Right after that, he said our ships had harassed their ships in the eastern Mediterranean but couldn’t document this and was humiliated.”

There was no immediate comment from Macron’s Elysee office or the French foreign ministry on Cavusoglu’s remarks.

France has supported Greece in the east Mediterranean, joining military exercises with Italy, Greece and Cyprus amid conflicting Greek-Turkish claims to continental shelves in areas of exploration for oil and natural gas.

Cavusoglu said France was the country provoking Greece the most in the eastern Mediterranean and urged Paris to cooperate with Turkey to achieve regional stability.

“There is no need for such hysterical behavior from France, it makes them look laughable. We are two NATO member countries.”