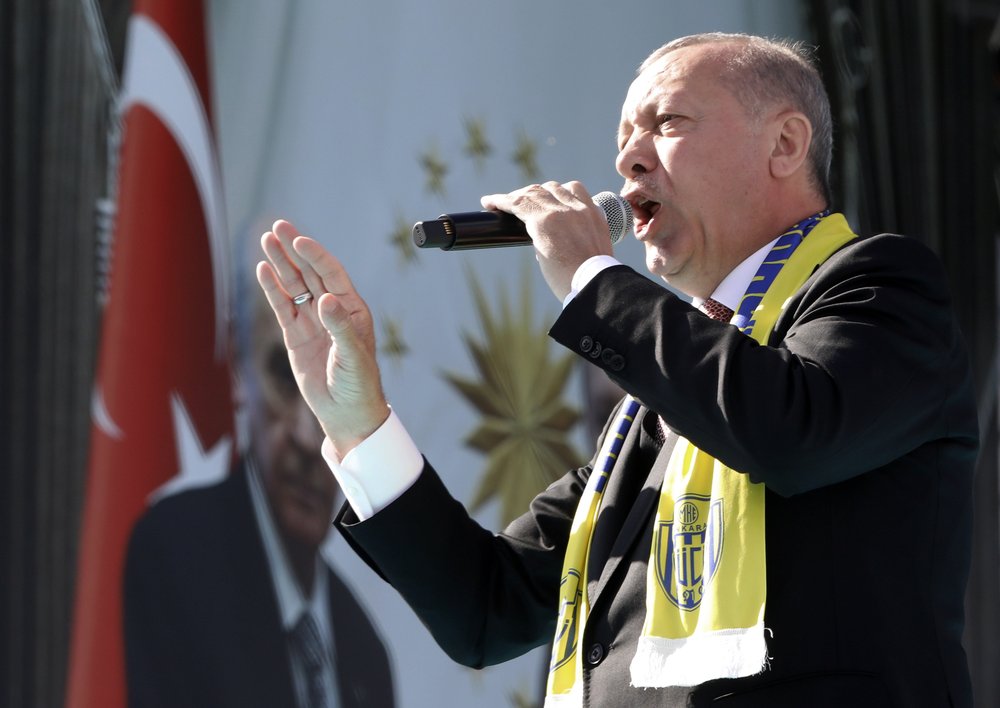 ANKARA (Reuters) — A pro-Kurdish opposition party is considering withdrawing lawmakers from Turkey’s parliament due to mounting pressure it is facing, and as an act of protest against the government’s decision to oust 24 of its mayors in the past three months.

Pro-Kurdish Peoples’ Democratic Party (HDP) lawmakers, mayors and local officials will gather on Wednesday in Ankara to discuss the situation and make a decision on how to respond, HDP’s deputy chairman told reporters.

“We will continue our struggle against the removal of our mayors in every platform. One of the questions we will answer is whether to withdraw our deputies from the parliament,” Saruhan Oluc told a news conference in the parliament.

President Tayyip Erdogan and his government accuse the HDP of having links to the Kurdistan Workers Party (PKK) militant group, leading to prosecutions of thousands of its members and some leaders. The HDP denies such links.

The HDP mayors in the country’s majority-Kurdish southeast were removed in recent months over alleged terror links.

The former co-leaders of the HDP have both been jailed since 2016 on terrorism charges, with several other prominent members accused of supporting terrorism over what the government says are links to the PKK.

The moves against the HDP come amid a Turkish military offensive in neighboring Syria against the YPG Kurdish militia, which Ankara also accuses of ties to the PKK.

The HDP is the only party in the Turkish parliament that opposed the offensive in northeast Syria that began on Oct. 9.

Image: Turkey’s President Recep Tayyip Erdogan sings a political song before his address to the supporters of his ruling Justice and Development Party, AKP, during a rally in Ankara, Turkey, on March 23, 2019, ahead of local elections held that spring (AP Photo/Burhan Ozbilici)