ISTANBUL (Reuters) – Turkey’s pro-Kurdish Peoples’ Democratic Party (HDP) said on Friday it would keep campaigning under a different banner if a court outlawed its current organization over alleged links to militants.

Officials told Reuters this week that Turkey’s top appeals court had launched an enquiry into the HDP, the third largest party in parliament, in a step that could ultimately lead to a ban.

“We as the HDP have B and C plans of course. If the HDP is shut down of course we have our own preparations. We come from such a tradition which has always had parties being shut down,” HDP co-leader Pervin Buldan told a meeting with foreign media.

“We have until now continued to fight on by establishing other parties after a party is shut down. It will be like that in the future,” she said, without providing further details.

The HDP has dismissed accusations that it is linked to militants from the Kurdistan Workers Party (PKK), designated a terrorist group by Turkey, the United States and European Union.

Turkish authorities have arrested thousands of HDP party officials and ousted dozens of its elected mayors and lawmakers in a crackdown in recent years.

The pressure on the HDP intensified last month after Ankara said the PKK had executed 13 prisoners, including Turkish military and police personnel, during an army operation to rescue them in Iraq’s Gara region.

The moves against the HDP came as President Tayyip Erdogan, whose AK Party came to power since 2002, announced on Tuesday an “action plan” to boost human rights.

“This plan is in fact a confession that human rights have been destroyed in many areas,” the HDP’s other co-leader Mithat Sancar told reporters.

“The government is trying to appear cute to Europe and the new U.S. administration and send a message of good intent to win time,” he said, pointing to key Council of Europe and European Union meetings later this month.

More than 40,000 people have been killed in the conflict since the PKK launched its insurgency in mainly Kurdish southeast Turkey in 1984. 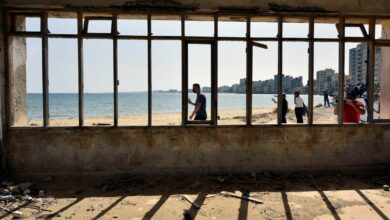 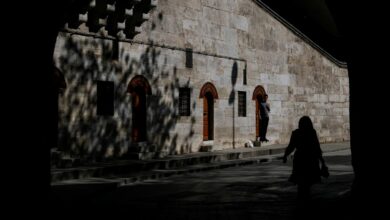