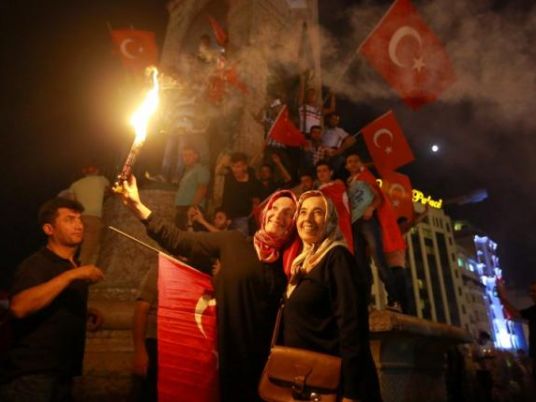 Turkish police raided the country's biggest prison and courthouse on Friday after arrest warrants were issued for 162 personnel and prison guards as part of nationwide investigations over a failed coup in July, broadcaster CNN Turk reported.

About 100,000 people in the military, civil service, police and judiciary have been sacked or suspended, and some 32,000 people have been arrested for their alleged role in the attempted coup.
On Friday, prosecutors issued arrest warrants for 87 courthouse personnel and police raided three Istanbul courthouses, including the Caglayan courthouse where some of Turkey's most important trials are held, CNN Turk said.
Arrest warrants were also issued for 75 more jail guards and personnel in three separate prisons across Istanbul including the one in Silivri, the country's largest.
Media reports said the warrants were for people that authorities say have links with U.S.-based cleric Fethullah Gulen and his followers, blamed by Ankara for orchestrating the abortive coup on July 15.
Turkey wants the United States to extradite Gulen and prosecute him on charges that he masterminded the attempt to overthrow the government. Gulen, who has lived in self-imposed exile in Pennsylvania since 1999, denies any involvement.
The crackdown has raised concerns from rights groups and Western allies who fear President Tayyip Erdogan is using the failed coup as pretext to curtail all dissent and intensify his actions against suspected Kurdish militant sympathisers.
Erdogan suggested on Thursday that emergency rule in Turkey could be extended beyond a year from the three-month state of emergency declared after the failed coup.