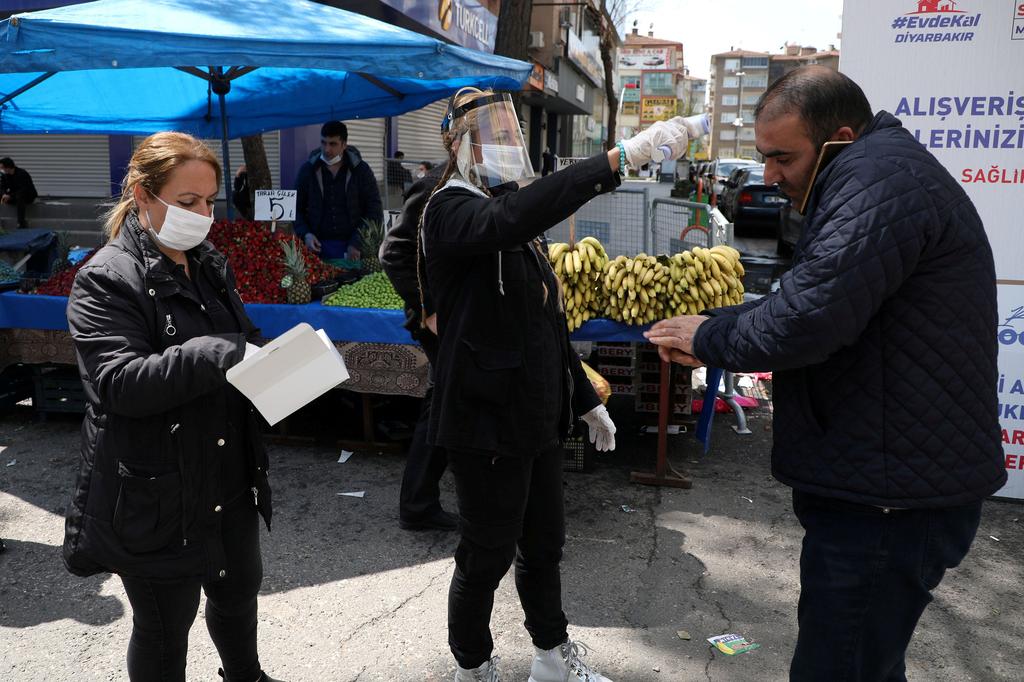 ISTANBUL (Reuters) – Istanbul, Ankara and other major Turkish cities locked down for two days from midnight on Friday to combat the spread of the coronavirus under an Interior Ministry order, as the country’s death toll from the pandemic rose above 1,000.

The restrictions were imposed in 31 provinces across the country and scaled up existing curbs, under which people under the age of 20 and over 65 have been told to stay at home. [nL8N2BR6WH]

“We urge all citizens who live in these 31 provinces to comply with this weekend’s lockdown without panicking,” the country’s communications director Fahrettin Altun wrote on Twitter.

He called on people to maintain their social distance in the brief time before the lockdown went into effect. However, soon after news of the move emerged, many people left their homes to buy food and drink in the country’s commercial hub Istanbul, a city of 16 million people.

Earlier on Friday, before the lockdown was announced, Health Minister Fahrettin Koca had urged people to resist the temptation to leave their homes during the weekend as the weather warms.

Detailing specifics of the lockdown in a subsequent statement, the Interior Ministry said bakeries, pharmacies and health facilities would be among places excluded from the ban, enabling people to meet essential needs.

Strategic energy companies, distribution firms and some petrol stations would also be allowed to keep operating and people working in such places were exempted from the lockdown, it said.

“It is essential that all other citizens remain in their homes aside from the specified exemptions,” the statement said.

The new curbs, which extended across provinces from Istanbul and Kocaeli in the northwest to Diyarbakir and Van in the southeast, will remain in force until midnight (2100 GMT) on Sunday, the ministry said.