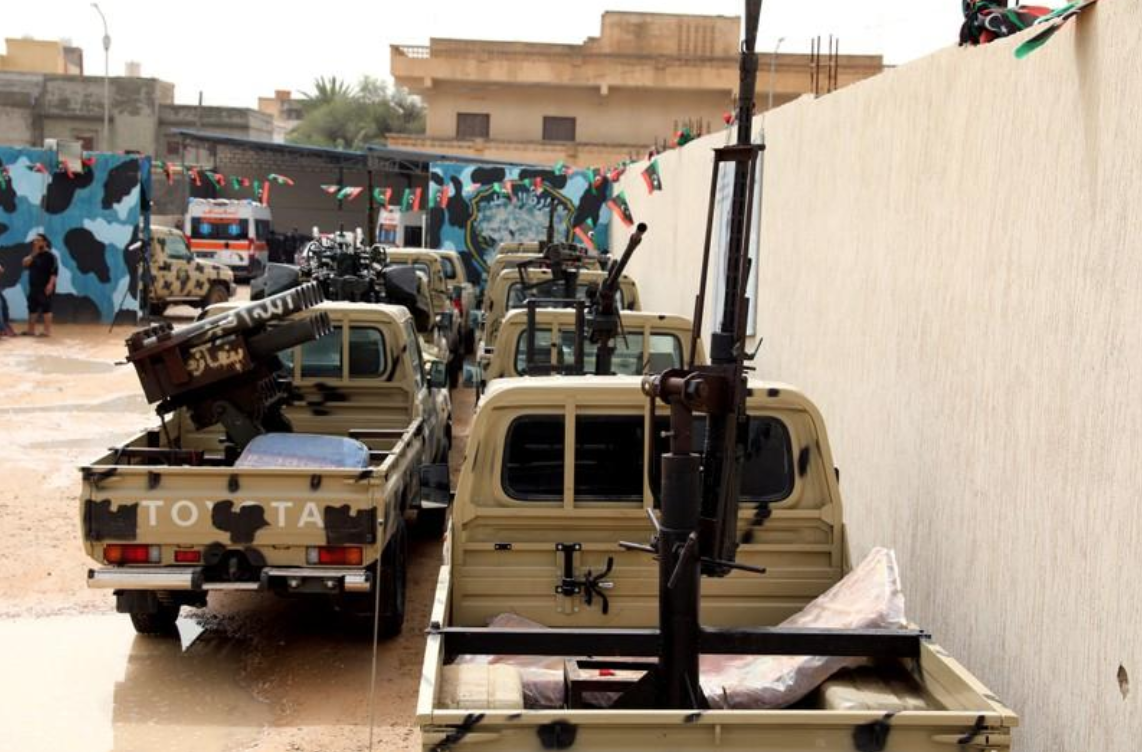 Troops allied to the Tripoli government moved more vehicles from the western city of Misrata to Tripoli to defend the capital against Haftar’s forces, who are allied to a parallel administration in the east, residents said.

The advances by the Benghazi-based eastern forces marked a dramatic escalation of a power struggle that has dragged on in Libya since the overthrow of Muammar Gaddafi in 2011.

They also surprised the United Nations, whose Secretary-General Antonio Guterres had been in Tripoli this week to help organize a reconciliation national conference later this month.

Guterres, who spent the night in the heavily fortified U.N. compound in a Tripoli suburb, will also go to Tobruk, another eastern city, to meet lawmakers of the House of Representatives, also allied to Haftar.

“My aim remains the same: avoid a military confrontation. I reiterate that there is no military solution for the Libyan crisis, only a political one,” Guterres wrote on Twitter.

Since Gaddafi’s downfall, the country has been divided between the U.N.-backed government in Tripoli and the parallel administration allied to Haftar.

But the LNA did not succeed in taking a checkpoint west of the capital in a bid to close the coastal road to Tunisia, Tripoli’s main artery.

An armed group allied to the LNA withdrew overnight from the so-called Gate 27, 27 km west of Tripoli, which was abandoned in the morning, a Reuters reporter said.

The renewed confrontation is a setback for the United Nations and Western countries which have been trying to mediate between Serraj and Haftar, who met in Abu Dhabi last month to discuss a power-sharing deal.

The conference the United Nations is helping to organize is aimed at forging agreement on a road map for elections to resolve the prolonged instability in Libya, an oil producer and a hub for refugees and migrants trekking across the Sahara in the hope of reaching Europe.

Haftar enjoys the backing of Egypt and the United Arab Emirates, which see him as bulwark against Islamists and have supported him militarily, according to U.N. reports.

Haftar’s biggest opponent is Misrata, a western city that is home to strong forces which also have aircraft, analysts say. It is known for resisting old regime figures, including in 2011 when forces loyal to Gaddafi besieged it for three months.

Libya: The road from revolution to civil war