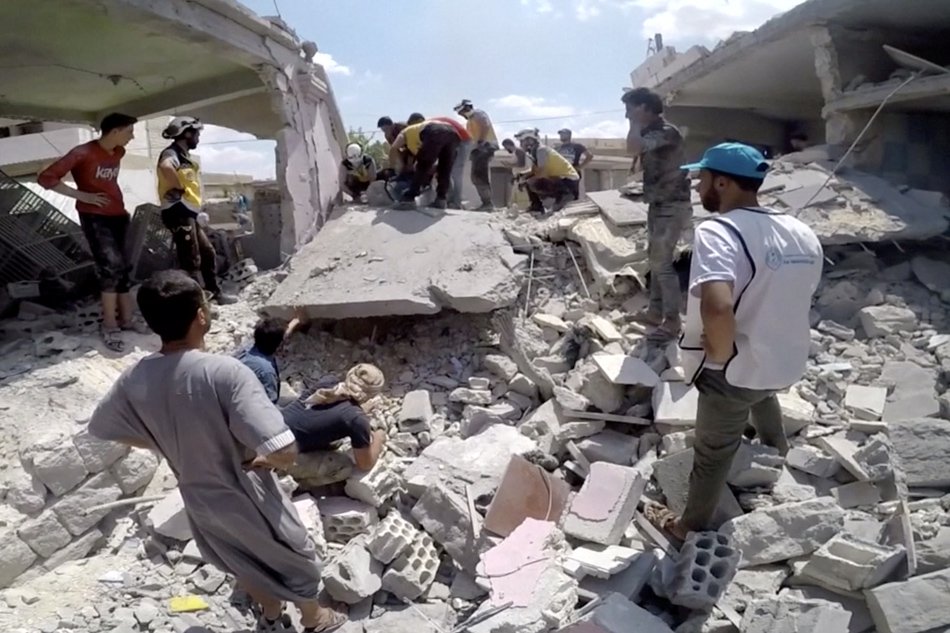 GENEVA/BEIRUT (Reuters) – Air strikes by the Syrian government and its allies on schools, hospitals, markets and bakeries have killed at least 103 civilians in the past 10 days, including 26 children, U.N. human rights chief Michelle Bachelet said in a statement on Friday.

“These are civilian objects, and it seems highly unlikely, given the persistent pattern of such attacks, that they are all being hit by accident,” Bachelet said, adding that the rising toll had been met with “apparent international indifference”.

The government began its offensive against the rebel enclave in northwest Syria, the last area of active insurgent opposition to President Bashar al-Assad, at the end of April, saying it was responding to violations of a truce.

Idlib and surrounding areas of the northwest were included in a “de-escalation” deal last year between Assad’s main ally Russia and Turkey, which backs some rebel groups, to reduce warfare and bombardment.

Over the past three months, the offensive has driven hundreds of thousands of people from their homes or temporary shelters to seek refuge near the border with Turkey and has killed hundreds of civilians, according to war monitoring groups.

Both the Syrian government and its Russian ally, whose air power has been critical to Damascus’ military gains in recent years, deny targeting civilians or civilian infrastructure.