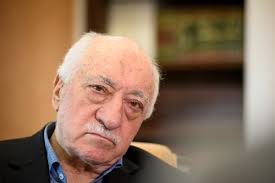 A top US business lobby in China said on Tuesday it was concerned US President Donald Trump’s administration was not making sufficient preparation for talks on imbalances in the bilateral economic relationship ahead of his November visit.

Little advance work has been done for the visit, said William Zarit, chairman of the American Chamber of Commerce in China. He was referring to meetings by working level officials to negotiate outcomes on commercial issues for Trump’s meeting with his Chinese counterpart Xi Jinping.

“From what I understand, there really hasn’t been much of that for this visit, which makes us a bit concerned that there may not be much discussion on the structural issues,” Zarit told reporters in Beijing.

US Commerce Secretary Wilbur Ross will bring a business delegation to Beijing during Trump’s visit. Some in the US business community are worried that deals announced on the trip could distract from solutions to long-standing complaints over discriminatory Chinese policies and market access restrictions.

Zarit said he hoped proposed deals from the business delegation “do not overshadow the real need for structural changes in the economic relationship”.

Trump, who will stop in five Asian countries on his first visit to the region as president, will arrive in Beijing on Nov. 8.

US officials were “still waiting” for a Chinese response to issues raised during the US-China Comprehensive Economic Dialogue in July, Zarit said, though he did not give specifics.

He called Chinese officials “master negotiators” and said the US government and business community had long suffered from a less strategic view of the economic relationship.

“And I think there is no exception with this administration,” Zarit said.

He added that it was “not unreasonable” to expect more progress 10 months into Trump’s presidency.

Ross, has said the United States will be looking for “immediate results” and “tangible agreements” during Trump’s visit, but has acknowledged that market access, intellectual property rights, and tariffs are more complex and will take a longer time to negotiate.

Washington and Beijing launched a 100-day economic plan during Trump’s first meeting with Xi in April, including some industry-specific announcements, such as the resumption of American beef sales in China. But US business groups have expressed disappointment over the extent of the outcomes.

Xi vowed on Monday that China would take more measures to open up the economy. He made the remarks at a meeting with members of an advisory board to Tsinghua University’s School of Economics and Management, including Apple Inc (AAPL.O) chief executive Tim Cook and Facebook Inc’s (FB.O) Mark Zuckerberg.

China will make joint efforts with the United States to “take each other’s interests and concerns into consideration, resolve disputes and contradictions, and engage in win-win cooperation”, Xi said according to the official China Daily newspaper.

But such frequently made pledges have done little to assuage foreign companies’ concerns over ownership caps in key sectors, such as autos, securities, insurance, and information technology.

US business lobbies argue that their members are restricted in those industries while Chinese companies operate freely in the US market. They have also criticized Beijing’s “Made in China 2025” plan, which offers government backing for sectors the Chinese government deems strategic.

“Basically, when we look at that, what it boils down to for us is it’s a company competing against a country,” Zarit said.

China aims to set up state anti-corruption unit next year

Exclusive: Energy, not tech or finance, in CEO line-up for Trump's China visit