Johnson welcomed Abdullah’s progress in delivering economic reforms and urged him to continue with them, a spokeswoman for Johnson said.

“The leaders also acknowledged Jordan’s important role in maintaining regional stability and the Prime Minister thanked the King for the part Jordan continues to play in hosting Syrian refugees,” she added. 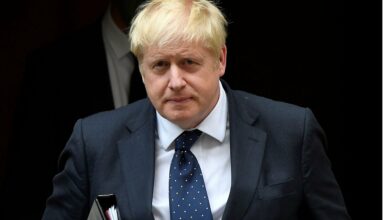